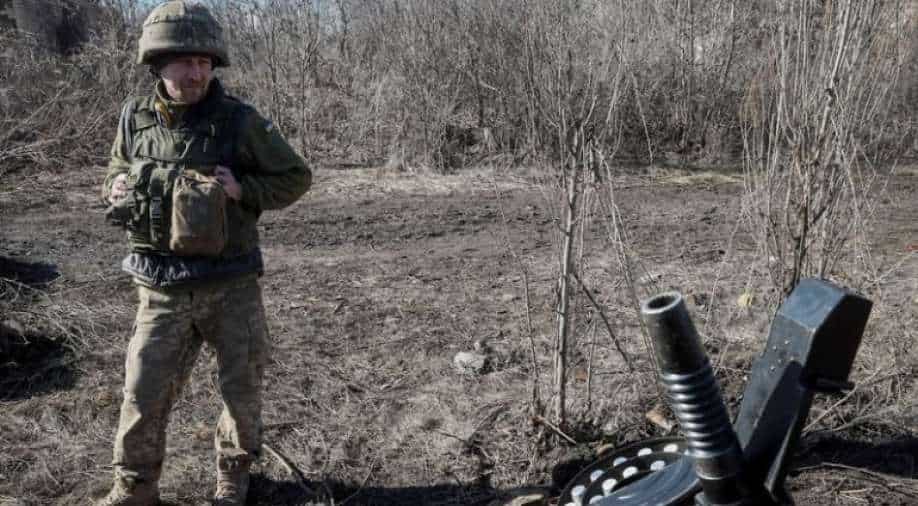 Monitors from the OSCE European security body on Monday reported more than 3,000 new ceasefire violations in eastern Ukraine, a high for the year.

The report reflects a sharp spike in violence that preceded President Vladimir Putin's decision to order Russian troops into two Moscow-backed rebel regions he recognised as independent earlier in the day.

"It is of crucial importance that today's decision will not lead to new military action and bloodshed," Mikko Kinnunen, the OSCE's chairman-in-office in Ukraine, said in a statement.

In a daily report based on information received by Sunday evening, the pan-European security body reported 2,158 new violations in the Donetsk region and another 1,073 in neighbouring Lugansk.

The monitors reported heavy clashes spreading across the frontline separating rebel forces from government troops in the eastern Donetsk and Lugansk regions.

The eight-year conflict across the largely Russian-speaking industrial region has claimed more than 14,000 lives, breaking out after two regions rebelled over a 2014 pro-EU revolution in Kyiv.