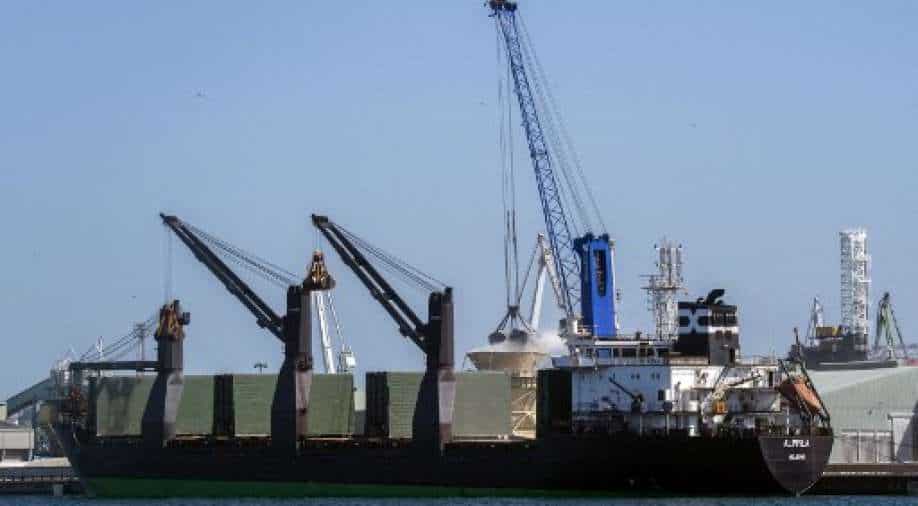 Amid the war with Russia, a Ukrainian ship filled with grain reached the Spanish coast on Monday through the Baltic Sea with Russia's blockade in the Black Sea still under force.

It is the first time grain shipment has been transported through the new sea route from the Baltic Sea with Russia's naval blockade in place in the Black Sea since February.

Ukraine has claimed millions of tonnes of grain ready for export is docked in the Black Sea ports with Russian forces unwilling to ship it.

President Zelensky had said earlier that 20-25 million tonnes of grain was blocked from being exported by Russia amid fears of food supply disruption.

Watch: 'Russia used indiscriminate shelling to cause destruction in Ukraine'

Ukraine is a major wheat and sunflower oil producer with Europe keen to receive the shipments for months. UN has pushed for a "security corridor" in the Black Sea to allow Ukraine to export its material however it hasn't worked so far.

Meanwhile, Ukraine's agricultural minister Taras Vysotskiy said the country has lost a quarter of its arable land since Russian forces invaded Ukraine and the country has suffered "mass displacement and external migration".

According to UN refugee agency (UNHCR) estimates, over seven million people have fled the country since the invasion.
The minister added that the country had imported about 70 per cent of fertilisers and 60 per cent of disease control products in February.

However, the export of foodgrain suffered due to the invasion, Vysotskiy added.