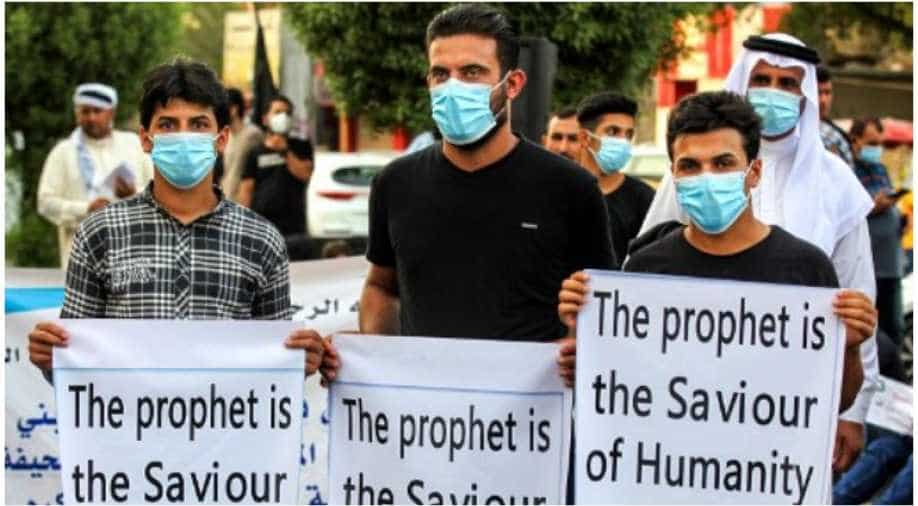 As French President Macron faces backlash over the depiction of the cartoon of Prophet Muhamed in the aftermath of the beheading of a French national, China's state-run channel China Central Television (CCTV) has broadcast a portrait of Prophet  Muhammad in a TV series.

In the television scene an Arab ambassador visiting China during the rule of Tang dynasty gifts a portrait of Prophet Muhammad to the Chinese emperor. The video has gone viral in China with the ambassador in the show declaring: “This is the portrait of the God of our country, Muhammad.”

The fact that the portrait of the Prophet was shown openly in a TV show has taken web users by surprise in China with several wondering whether it has the blessing of the Chinese censors and the Chinese Communist Party.

Netizens have been asking whether it is blasphemous to show Prophet Muhammad’s paintings so brazenly in a TV show. Many Muslims across the world consider any depictions of their prophet, let alone satirical ones, to be blasphemous.

After the beheading of Samuel Paty in a Paris suburb on October 16, a huge debate has ignited in the Muslim world as Macron defended the right to free expression, including to mock religion as freedom of expression.

Macron had emphatically declared that France "will not give up cartoons" even as Turkey President Recep Tayyip Erdogan slammed the French president and called for a boycott of French goods. In several Gulf states, French products have been taken off the shelves as anti-Macron protests erupted in Pakistan, Bangladesh, Gaza Strip and Libya.

Pakistani Prime Minister Imran Khan had condemned the publication of cartoons of Prophet Mohammed in Charlie Hebdo calling it rise in Islamophobia. "Incidents in Europe including the republication of blasphemous sketches by Charlie Hebdo are recent examples," the Pakistan Prime Minister said, adding, "We stress that willful provocations and incitement to hate and violence must be universally outlawed."

Twelve people were killed during an attack by Islamist gunmen on Charlie Hebdo's office in Paris on January 7, 2015.

In fact, some Netizens have been wondering whether the Muslim world will now boycott Chinese goods after Prophet Muhamed was displayed in the TV series amid large scale reports of Chinese repression of Uighur Muslims in Xinjiang.