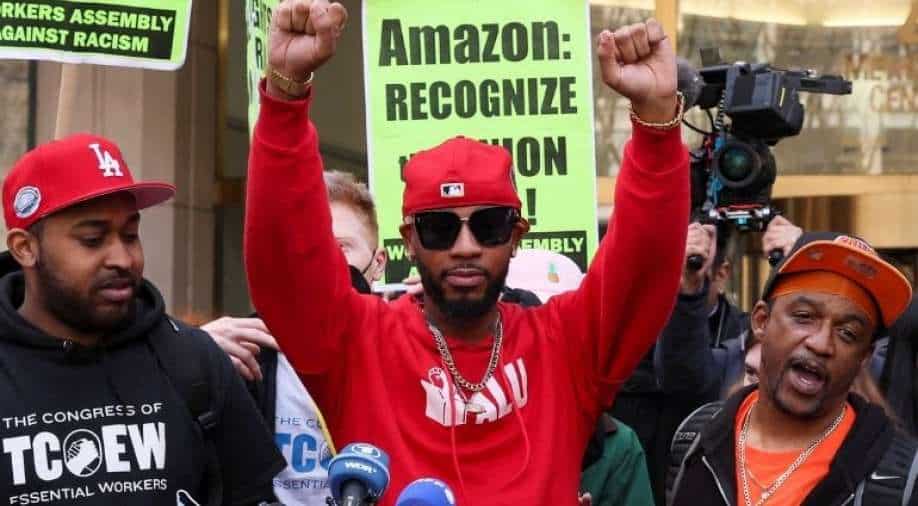 According to a tally of ballots from the National Labor Relations Board, employees working at the company's warehouse in Staten Island warehouse voted 2,654 to 2,131 in support of the unionising drive

Online retailer Amazon.com Inc's employees in its New York facility have become the first to form a union in the United States.

According to a tally of ballots from the National Labor Relations Board, employees working at the company's warehouse in Staten Island warehouse voted 2,654 to 2,131 in support of the unionising drive.

The number of employees eligible to participate in the vote was 8,325, the NLRB said at the conclusion of the count.

During the vote, Amazon's ability to remain union-free in its home market was at stake. The e-commerce giant has guarded the status fiercely since the company was set up in the 1990s.

Labor advocates, who for years have considered Amazon's labor practices a threat to workers, consider that the victory for organised labor at the second-largest employer is a historic first for the retailing behemoth in the United States.

@amazon wanted to make me the face of the whole unionizing efforts against them…. welp there you go! @JeffBezos @DavidZapolsky CONGRATULATIONS 🎉 @amazonlabor We worked had fun and made History ‼️✊🏾 #ALU # ALUfortheWin welcome the 1st union in America for Amazon 🔥🔥🔥🔥

He had been doubted when he announced plans to unionize JFK8 last year. However, his supporters had touted how a union could demand higher wages, safer conditions and job security.

“With the union together, we are united,” said Geebah Sando, a package sorter who voted for the union after working more than two years at JFK8.

It is noteworthy that Amazon had discouraged workers from supporting unions at mandatory meetings by using signs and literature during the contentious campaign.

The company had said that the formation of a union will destroy the company's direct relationship with workers and represent a jump into the unknown.

It had tried to convince its employees that the union's formation will not guarantee better wages or job security.

Meanwhile, in Alabama, by contrast, a majority of Amazon workers rejected unionisation. In the re-vote 993 workers cast ballots against the labor group, compared with 875 employees in favour. However, the outcome is still not final.

The contest could hinge on 416 challenged ballots to be adjudicated in the coming weeks, which are sufficient to change the result, said the NLRB.

Interestingly, the number of US workers who are members of a union has fallen from about 20 percent in 1983 to about 10 percent in 2021, as per the Bureau of Labor Statistics.