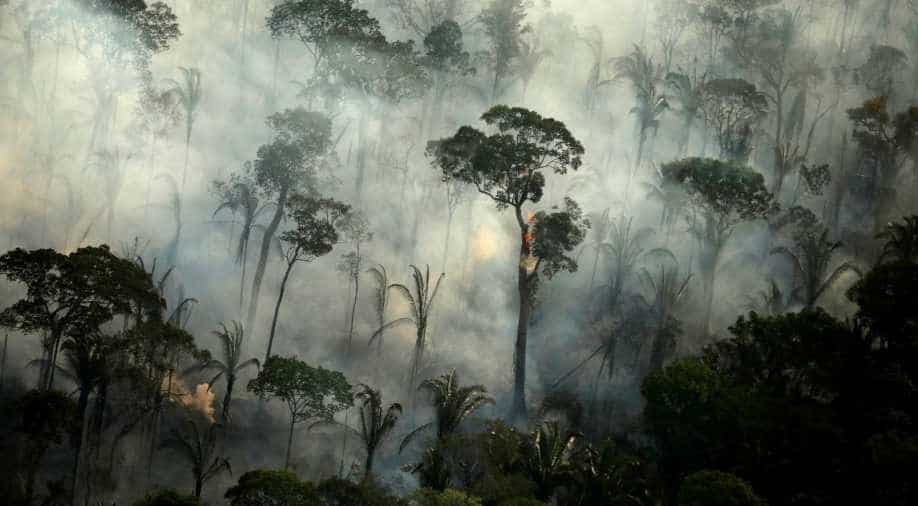 World’s largest tropical rainforest, Amazon rainforest will vanish by 2064 due to alarming levels of deforestation and droughts occurring in the region from the climate change.

The Amazon rainforest, which produces about 20 per cent of the Earth's atmosphere's oxygen, will collapse and largely become a dry, shrubby plain in next 45 years.

According to the predictions of the scientist Robert Walker in the new paper published in the peer-reviewed journal Environment, world’s largest tropical rainforest, Amazon rainforest will vanish by 2064 due to alarming levels of deforestation and droughts occurring in the region from the climate change.

In a new report for Environment: Science and Policy for Sustainable Development geologist Walker reviews recent research on the Amazon rainforest to reach the grim conclusion.

"A forest cannot survive if its canopy needs more than 4 years to recover from a yearly (drought) event," Walker wrote in the report. "Southern Amazonia can expect to reach a tipping point sometime before 2064 at the current rate of dry-season lengthening."

The number of fires this year in the Amazon had exceeded last year's horror fire season by October.
And we humans destroyed another 1,202 square km (464 square miles) of forest in Brazil during the first four months of 2020 - 55 percent more than during the same time last year.

The loss of biodiversity and invaluable habitats, release of carbon from the fires, and other socioeconomic and environmental consequences have concerned scientists around the world.