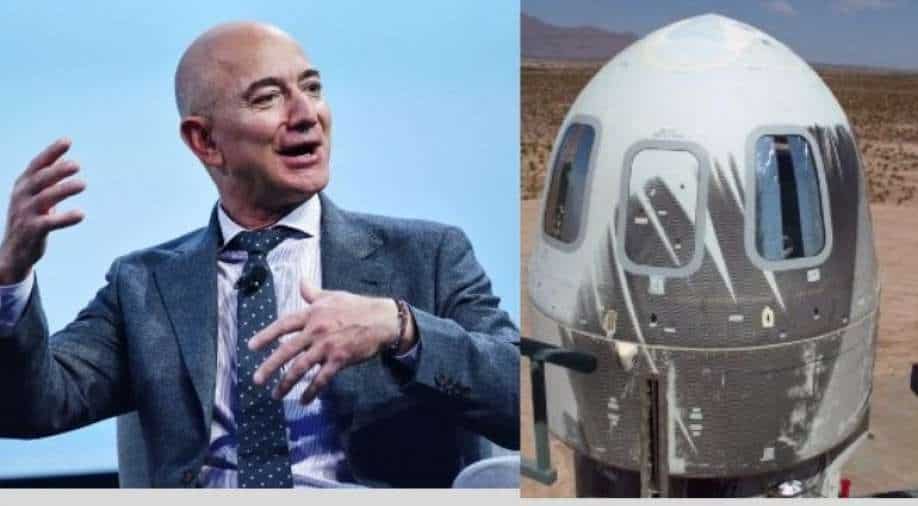 The spacecraft has been named after Alan Shepard who was the first American to enter space 60 years ago.

Amazon founder Jeff Bezos said on Monday that he will be going on a space voyage next month in his Blue Origin flight.

In an Instagram post Bezos said: "Ever since I was five years old, I've dreamed of travelling to space. On July 20th, I will take that journey with my brother. The greatest adventure with my best friend."

Bezos will be taking the space flight in the New Shepard which is a six-seater capsule. The company had announced last month that it would be sending its first passenger in space during the flight.

Bezos will be stepping down from Amazon next month, the company he built from scratch into a retail giant.

The spacecraft has conducted unmanned flight fifteen times. Reports say Bezos and his brother Mark along with the two passengers will taking the space flight.

The passengers will spend time on the edge between Earth's atmosphere and space in a journey likely to last 10 minutes.

The spacecraft has been named after Alan Shepard who was the first American to enter space 60 years ago.

Bezos who has spent several billion dollars in bringing up his childhood project and will become the first billionaire to take a ride in his own spacecraft ahead of British billionaire Richard Branson who is building the Virgin Galactic for passengers and SpaceX founder Elon Musk who aims to send people much further into space.