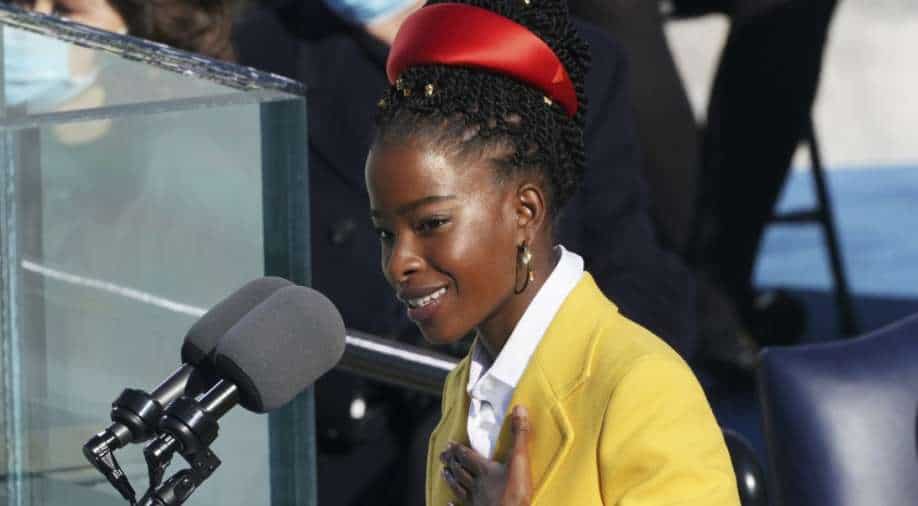 Gorman received widespread acclaim for her reading of The Hill We Climb on January 20 at the US Capitol.

Amanda Gorman, the poet who shot to worldwide fame after performing at US President Joe Biden's inauguration, has narrated her experience on Twitter of alleged racial discrimination at the hands of a security guard.

Gorman received widespread acclaim for her reading of The Hill We Climb on January 20 at the US Capitol.

The 22-year-old said she was followed by a guard on a walk home on Friday, and was told she looked suspicious.

"This is the reality of black girls: One day you're called an icon, the next day, a threat," she wrote.

In a sense, he was right. I AM A THREAT: a threat to injustice, to inequality, to ignorance. Anyone who speaks the truth and walks with hope is an obvious and fatal danger to the powers that be. https://t.co/hY9miR0b6J

Gorman said the guard offered no apology to her after she proved she lived in her own apartment building.

She also re-shared a post she made in February which said: "We live in a contradictory society that can celebrate a black girl poet & also pepper spray a 9 yr old" - in reference to an incident in Rochester, New York.

"Yes see me, but also see all other black girls who've been made invisible. I can not, will not, rise alone."

A security guard tailed me on my walk home tonight. He demanded if I lived there because “you look suspicious.” I showed my keys & buzzed myself into my building. He left, no apology. This is the reality of black girls: One day you’re called an icon, the next day, a threat. https://t.co/MmANtQqpBs

Born in Los Angeles in 1998, Gorman was the youngest poet ever to recite at a presidential inauguration, a role first given to Robert Frost by John F Kennedy in 1961.

The 22-year-old Harvard University graduate was invited to perform in Washington after First Lady Jill Biden saw one of her readings.

She is also the recipient of the Poets & Writers Barnes & Noble Writers for Writers Award and is the youngest board member of 826 National, the largest youth writing network in the United States.