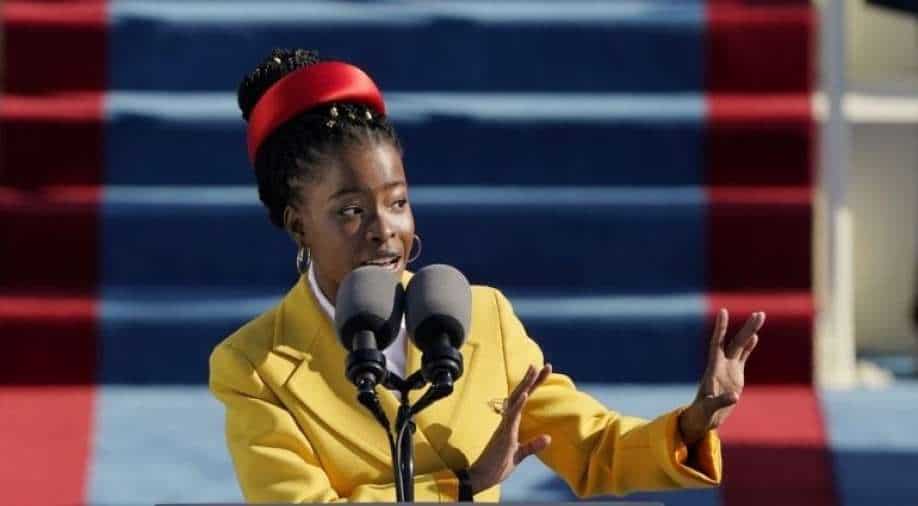 Gorman's powerful poem 'The Hill We Climb' moved one and all as it celebrated the historic moment on Wednesday.

Gorman's powerful poem 'The Hill We Climb' moved one and all as it celebrated the historic moment on Wednesday. Gorman revealed later to CNN after her performance that she dealt with a speech impediment until last two or three years. During the interview, she recalled that she overcame the condition with the help of Tony-winning song `Aaron Burr, Sir` from Broadway play 'Hamilton.'

The poet went on to explain the reason that her inaugural poem contained references to Lin-Manuel Miranda`s theatrical production. "And so that`s been a huge part of my own speech pathology. It`s why I included it in the inaugural poem. Also, beyond that, I think Hamilton is just such a great American cultural piece of what it means to be a better country," she said.

"It was really hard for me not to just copy and paste `My Shot` and email it to the committee. Like, `Here`s my poem, here we go!` But I cite my sources, which is why I tweeted about Hamilton. I`m really proud to incorporate that in there," she added.

The youngest inaugural poet took to Twitter soon after delivering her work at the ceremony and asked Lin-Manuel if he could catch the references she made to his musical. "Did you catch the 2 @HamiltonMusical references in the inaugural poem? I couldn`t help myself," she had tweeted.