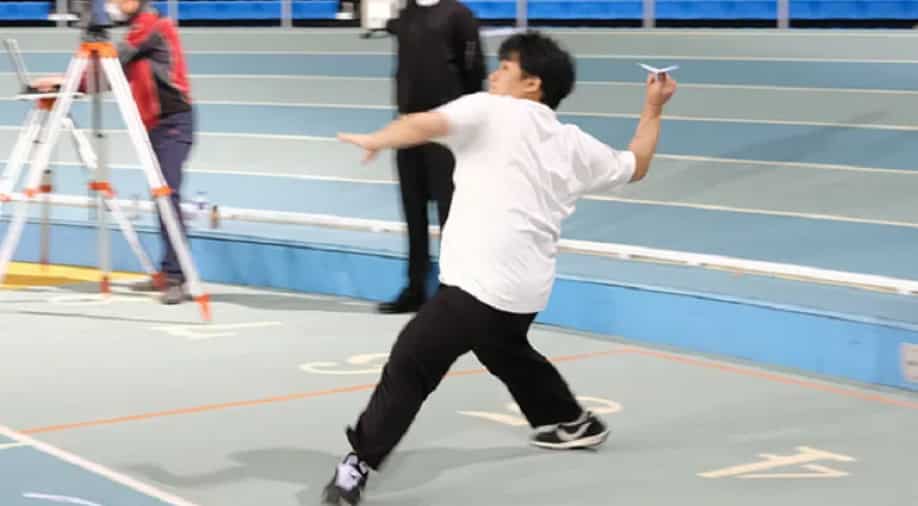 Kyu Tae was supported by compatriot Shin Moo Joon and Malaysia’s Chee Yie Jian/Julian as the paper aircraft created by them covered an impressive distance of 252 feet and seven inches (77.134 m).

A paper plane is something that almost everyone has tried to make as a kid. It is quite common for kids to make paper planes and even compete among themselves to see whose plane can go the furthest. However, even in their wildest imagination, they would not have imagined that it can travel a distance of almost 80 metres. The number may sound unbelievable, but it is now a reality as South Korea’s Kim Kyu Tae created a world record for the farthest flight of a paper aircraft.

Kyu Tae was supported by compatriot Shin Moo Joon and Malaysia’s Chee Yie Jian/Julian as the paper aircraft created by them covered an impressive distance of 252 feet and seven inches (77.134 m). The record was officially recognised by the Guinness Book of World Records this week.

According to the Guinness Book of World Records, they broke the record once held by Joe Ayoob and paper airplane designer John M. Collins of the United States since 2012.

They even posted a video of the feat along with the caption - “Farthest flight of a paper aircraft: 77.134 m (252 ft 7 in) by Kim Kyu Tae🇰🇷. With the support of Shin Moo Joon (South Korea) and Chee Yie Jian/Julian (Malaysia) AKA “Shin Kim Chee Team,” says the caption of the video.

The trio had their own set of expertise with Shin folding the aircraft, Chee coming up with the design and Kim throwing it in the official attempt.

"I felt confident that Shin and Kim can easily break the record," Chee told The Guinness Book of World Records officials.

"We made a 78 m indoor test flight two months before the official attempt. Our goal was to fly at least 75 m so it wouldn't be easy for potential contenders," added Shin.