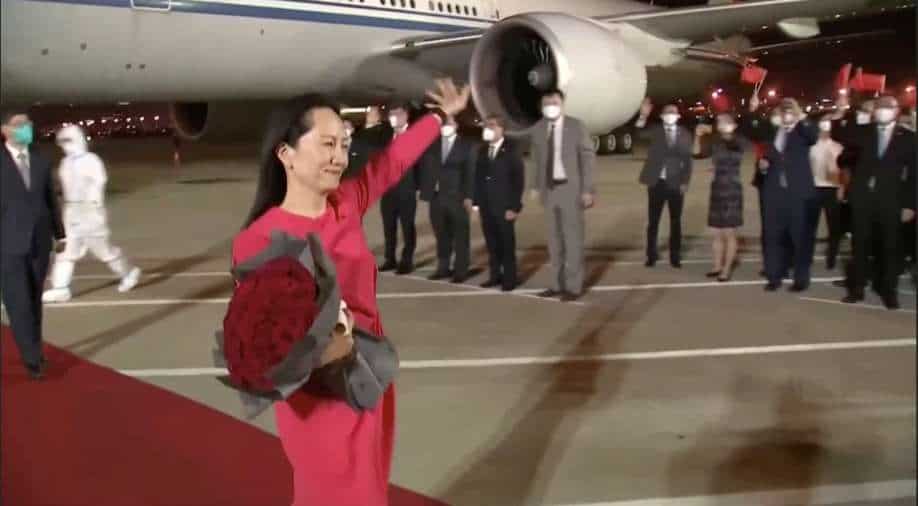 The release  of Huawei executive Meng Wanzhou came hours after two Canadians — former diplomat Michael Kovrig and businessman Michael Spavor who were arrested shortly after Meng was taken into custody in December 2018 in a bank fraud case—were released from jails in China.

Ending three years of diplomatic disputes and legal wranglings involving the US, Canada and China, Huawei executive Meng Wanzhou finally landed in Shenzhen after reportedly reaching an agreement with prosecutors to end what has been described as “hostage diplomacy”.

Her release and return came hours after two Canadians — former diplomat Michael Kovrig and businessman Michael Spavor, who were arrested shortly after Meng was taken into custody in December 2018 in Canada at US request over a bank fraud case—were released from jails in China.

Wanzhou, the 49-year-old daughter of Ren Zhengfei, the billionaire founder of Chinese telecom giant Huawei, was granted release in a Vancouver court hearing after three years of house arrest in Canada while fighting extradition to the United States.

Wanzhou arrived on Saturday evening aboard a chartered jet provided by flag carrier Air China in the southern technology hub of Shenzhen, where Huawei is based.

She received a red-carpet welcome home as Huawei employees waited on the airport tarmac waving Chinese flags, according to live feed on state broadcaster CCTV.

“Being an ordinary citizen, I could not have secured my freedom without the support of my beloved country, and the love of the Chinese people,” Meng told supporters from the tarmac.

Earlier, the two detained Canadians — who were held in China for more than 1,000 days— arrived in Calgary, western Canada on Saturday, and were shown on TV being greeted and hugged by Canadian Prime Minister Justin Trudeau.

Wanzhou was arrested at Vancouver International Airport in December 2018 on a US warrant and was indicted on bank fraud charges for allegedly misleading HSBC in 2013 about the telecommunications equipment giant’s business dealings in Iran.

Her arrest sparked a diplomatic storm and drew Canada into the fray when China arrested Michael Spavor and Michael Kovrig.

Beijing has denied publicly that the arrests are linked.