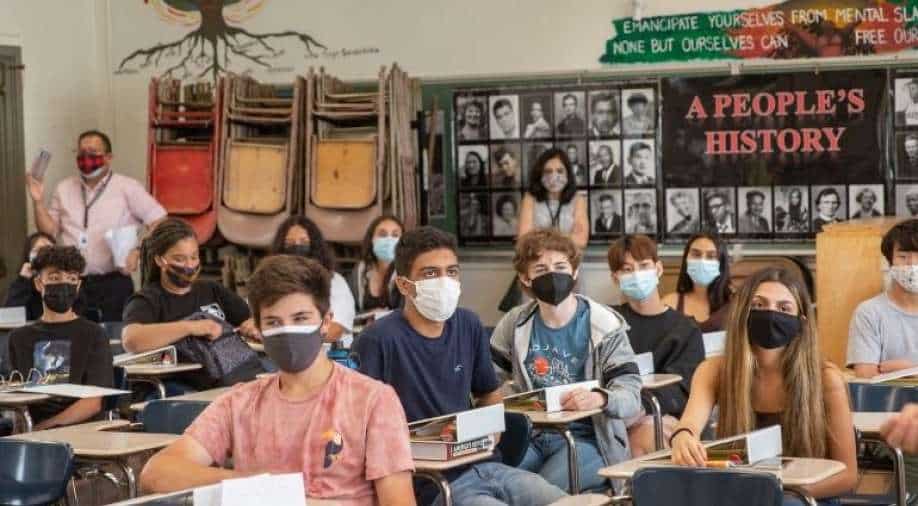 Under the new law, high schoolers will be taught about the struggles and contributions of African Americans, Latinos, Asian Americans, Native Americans and other ethnic groups, 'which have often been untold in U.S. history courses'

The hundreds of new laws that Gov. Gavin Newsom has signed over the past several weeks include plenty of “firsts.”

California has become the first state to force the garment industry to pay workers by the hour, instead of per item. The first to ban the sale of gas-powered lawn mowers. The first to target Amazon production quotas. The first to outlaw removing a condom without permission during sex.

Of these landmark bills, perhaps the most controversial is one requiring all public high school students to take an ethnic studies course to graduate.

Under the new law, high schoolers will be taught about the struggles and contributions of African Americans, Latinos, Asian Americans, Native Americans and other ethnic groups, “which have often been untold in U.S. history courses,” according to the state’s model ethnic studies curriculum.

California’s student population is highly diverse — less than a quarter of public K-12 students are white. Through ethnic studies courses, students can learn their own stories as well as those of their classmates, Newsom said.

“America is shaped by our shared history, much of it painful and etched with woeful injustice,” Newsom wrote in his signing message. “Students deserve to see themselves in their studies, and they must understand our nation’s full history if we expect them to one day build a more just society.”

This will introduce high schoolers to concepts that have typically been reserved for the collegiate level.

Not only was ethnic studies born on a Bay Area college campus, but it is also already a graduation requisite at California community colleges, the California State University system and some University of California campuses.

The specifics of what will be taught in high schools are up to local districts.

Whom does this affect?

The first high schoolers subject to the new mandate are those graduating in the 2029-30 academic year. Schools do not have to begin offering ethnic studies courses until 2025.

The requirement applies to students at all California public schools, including charters. There are currently about 1.7 million public high school students in the state.

Is anyone else doing this?

In 2017, Oregon passed a law ordering that ethnic studies concepts be integrated into existing social studies courses for K-12 students. The rule differs from California’s in that it does not create a distinct course focused on ethnic studies.

Who opposes the law?

California has been working for years on developing a model ethnic studies curriculum, but early drafts faced heavy pushback from many quarters. Amid these concerns, Newsom last year vetoed a nearly identical version of the bill.

Previous drafts of the state’s teaching guide were criticized as too left-leaning, filled with jargon and promoting “critical race theory,” an academic concept that argues racism is ingrained in American laws and government institutions.

There was also condemnation from Jewish groups, who felt the curriculum emphasized Palestinian oppression while barely mentioning the Holocaust, as well as other ethnic groups that felt excluded.

The final version of the state’s curriculum, approved this March, deleted references that offended Jewish groups while adding lessons about the experiences of Jews, Arabs and Sikhs in America, The Los Angeles Times reports. It also struck terms such as “cisheteropatriarchy” and “hxrstory,” as well as language connecting capitalism with oppression.

Yet critics remain. Some supporters of the original guidelines feel the scope should not have been expanded beyond the four ethnic groups that lived in America before Europeans arrived.

Others find the current version too radical still. Williamson M. Evers, a former assistant secretary in the U.S. Department of Education, told The Los Angeles Times that the model curriculum was “permeated” with content that made it “racially divisive and burdened by faddish ideology.”

As districts across the state figure out how to put into place this new mandate, the debate will undoubtedly continue.