Airstrikes on Gaza not an 'overreaction', Israel has a right to defend: Biden 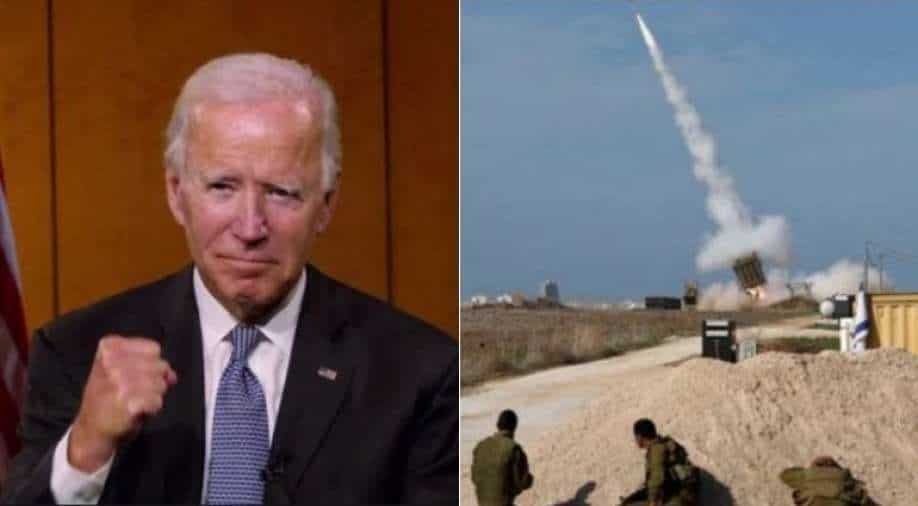 The Israel Defense Forces (IDF) has launched a major bombardment of the Gaza Strip from air, sea and land as Netanyahu vows to extract a ‘heavy price’ from Hamas.

Defending the Netanyahu government’s response to Palestinian rocket attacks, US President Joe Biden has said on Thursday that he has not seen a “significant overreaction” from Israel in response to rocket fire from Gaza amid the latest regional flare-up.

"One of the things that I have seen thus far is that there has not been a significant over-reaction," Biden said at the White House.

On Wednesday, US President Biden had said “My expectation and hope is that this will be closing down sooner than later," Biden told reporters at the White House. “But Israel has a right to defend itself when you have thousands of rockets flying into your territory."

Watch | Israel-Palestine clashes: What is happening in Gaza?

The U.S. strategy has been a basic one: Get the violence to stop, and restore what officials called a sustainable calm, but even that has been elusive.

Amid calls for the United States to do more and for Biden to step in more directly, it is unclear how the president could prevail on both sides in the protracted conflict he has tracked for decades as a US senator and then vice president.

Also read | Gal Gadot expresses concern over Israel-Palestine conflict: My country is at war, worry for my family and friends

Biden shifted US policy sharply in taking over from Republican Donald Trump, waiting weeks to talk to Israeli Prime Minister Benjamin Netanyahu for the first time and re-emphasizing the need for a two-state solution to the Israeli-Palestinian conflict.

The Israel Defense Forces (IDF) has launched a major bombardment of the Gaza Strip from air, sea and land as Netanyahu vows to extract a ‘heavy price’ from Hamas.

According to a report by The Times of Israel, over 1,050 rockets and mortar shells have been fired from the Gaza Strip toward Israel since the outbreak of fighting on Monday evening, with 200 failing to clear the border and landing inside the enclave.

IDF Spokesperson Hidai Zilberman says the Iron Dome air defence system had an interception rate between 85 and 90 per cent of rockets heading toward populated areas.