Ahead of the inter-Korean summit, ground report from DMZ 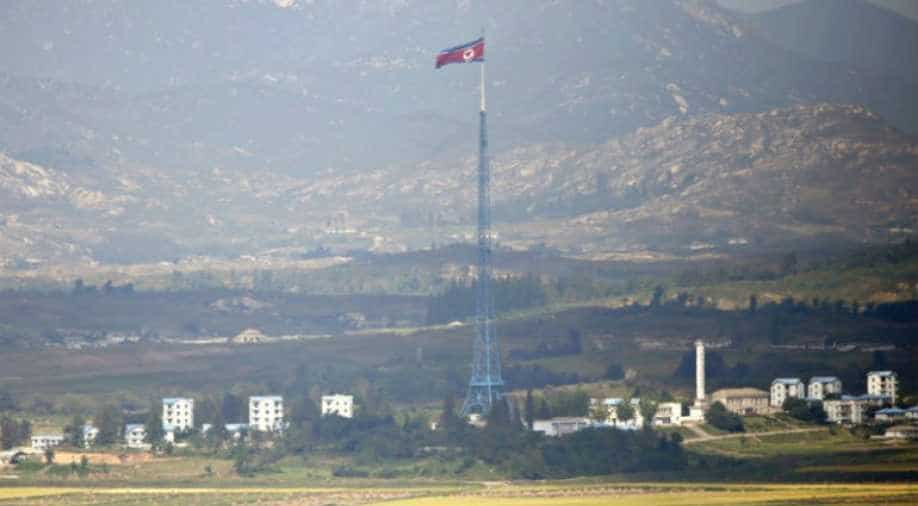 The two leaders will discuss a range of issues, including North Korea's nuclear weapons programme.

Ahead of the summit, WION visited the heavily-militarised border between the two neighbours, also known as the Demilitarised Zone (DMZ), to get the real picture of one of the most heavily guarded places on earth.

The DMZ - a legacy of the Cold War - intersects the 38th Parallel, which was the border separating the two countries before the Korean war of 1950. WION reached there from Seoul, which has all the hallmarks of a thriving metropolis, complete with skyscrapers and glitzy malls. But as we moved towards the border, the urban landscape gave way to rugged terrain and after a 90-minute bus ride, barbed wire fences, military vehicles, observation posts and barricades came into sight, suggesting that we have entered a high security area.

The United States is a signatory to the 1953 Armistice which ended the Korean war. So, any resolution of the crisis on the Korean peninsula will need three-way talks, bringing together South and North Korea and the United States.

We were then escorted into the briefing hall under the watchful eyes of armed guards. And from there, aboard United Nations vehicles, to reach the village of Tae Song Dong, close to the border with North Korea.

Our first stop in the village was an elementary school, the only one of its kind inside the demilitarised zone. But for the children here, the initials DMZ stands for Dream Making Zone. The principal said that the UN regulations cap the number of students at 35, eight of whom live inside the DMZ.

There were 10 teachers in all. Asked if threat of hostilities at the border with North Korea made him nervous, the principal said "no". The ever watchful South Korean soldiers rebuffed all attempts to strike a conversation with the principal.

A younger teacher volunteered to speak but the South Korean soldiers in blue intervened again, saying it is time to move on. Outside, a South Korean official - a woman accompanying the journalists - instructed the WION team to stop recording.

The heavy military presence ensured that no one from the families living in the village ventured out to speak to the media. And the WION team was again stopped from filming from where the border with North Korea can be seen on the horizon.

Impoverished North Korea and the rich, democratic South are technically still at war because their 1950-53 conflict ended in a truce, not a peace treaty and the North has been engaged in a standoff over its nuclear and missile programmes that it conducts in defiance of UN Security Council resolutions.

But tensions have eased in recent months, with the North taking part in the Winter Olympics in the South in February and an exchange of threats of war with the United States and other bellicose rhetoric evaporating.