Ahead of Navalny's hearing, several protesters arrested outside court 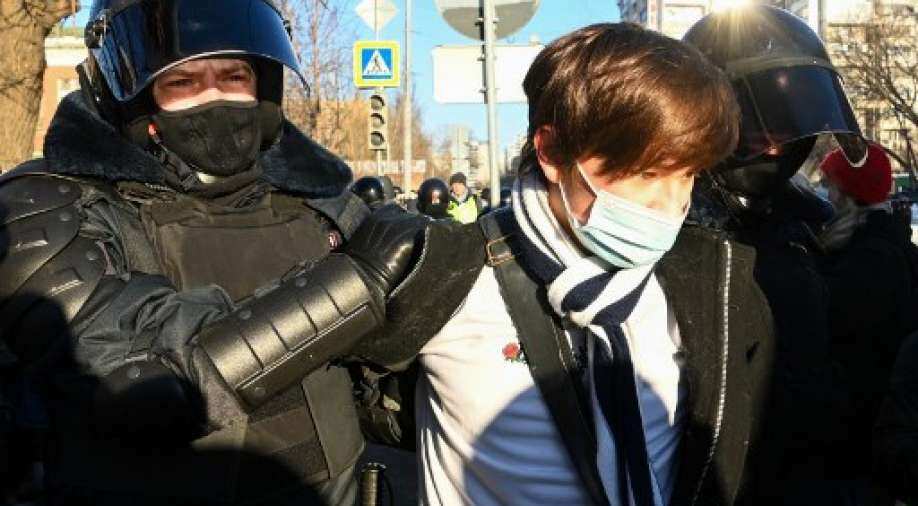 State prosecutors had said they would ask the court to jail Navalny for up to three and a half years.

Ahead of opposition leader Alexi Navalny's hearing, several people were arrested outside a court in Moscow.

Russian authorities have placed Navalny, 44, in custody until February 15 for allegedly violating the terms of 2014 suspended sentence on fraud charges.

State prosecutors had said they would ask the court to jail Navalny for up to three and a half years.

Riot police had earlier detained over 5,300 people who had taken part in protests across the country over the weekend as Kremlin said the protesters were "hooligans and provocateurs"

Navalny was detained after he reached Russia last month from Berlin where he was treated for poisoning which he alleges was carried out by Putin's government. The Russian president has refused to pronounce Navalny's name in public.

Navalny had urged his supporters to protest after being detained in Moscow airport.

The Russian opposition leader is being held in a high-security centre and faces jail time in several other cases.

Several Western countries including the President Biden's administration have condemned Navalny's detention and called for his release.

Navalny is serving a 30-day jail stint with the Russian legal authorities now set to pronounce their judgement on the anti-Kremlin opposition leader.