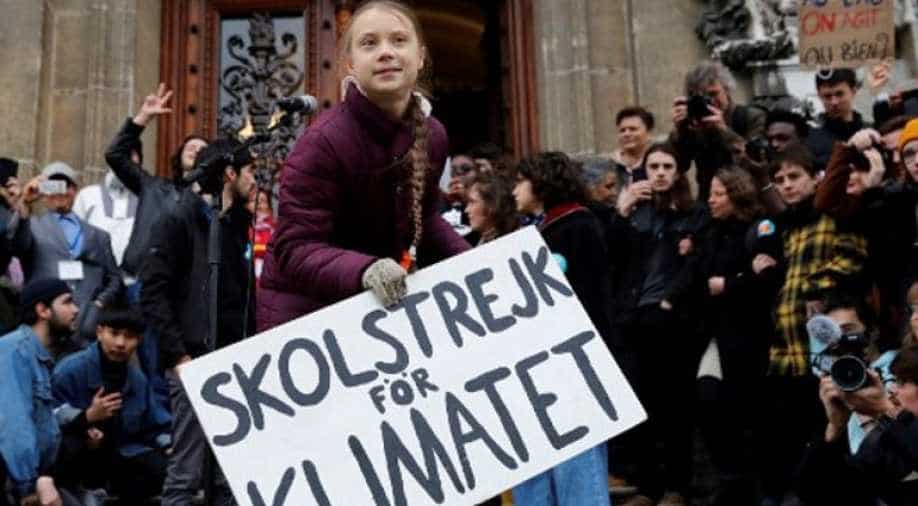 Greta Thunberg is due to address the Davos summit next week. She is widely expected to ask the gathering of top business heads and government officials to stop investing in fossil fuels.

The 17-year-old Swede Greta Thunberg holding a placard "School strike for Climate", said:"So far during this decade we are seeing no sign whatsoever that real climate action is coming,adding,"That has to change, this is just the beginning. You haven't seen anything yet. We assure you of that!".

I wouldn't have wasted my time talking to Trump at UN summit, says Greta Thunberg

Thunberg is due to address the Davos summit next week. She is widely expected to ask the gathering of top business heads and government officials to stop investing in fossil fuels.

Thunberg had earlier called on German engineering group Siemens AG to review its role in helping to develop a coal mine project in Australia.

US President Donald Trump who has taken digs at Thunberg several times in the past is also expected at the venue next week amid his impeachment trial in the Senate.

Thunberg had caught the imagination of the world after she openly berated world leaders as she addressed a UN climate summit in September as she accused them of betraying her generation by failing to tackle greenhouse gas emissions and asking "How dare you?"

The Swedish teen busting with anger said: "My message is that we'll be watching you, this is all wrong. I shouldn't be up here. I should be back at school on the other side of the ocean."

"You come to us young people for hope. How dare you?" she thundered.

"You have stolen my dreams and my childhood with your empty words, yet I'm one of the lucky ones. People are suffering, people are dying, entire ecosystems are collapsing.

"We are in the beginning of a mass extinction, and all you can talk about is the money and fairy tales of eternal economic growth. How dare you!"

Time had recently named her as the Thunberg "Person of the Year"  with the subtitle "The Power of Youth" on the cover page.