After US presidential debate, Google search surge for ‘how to apply for Canadian citizenship’ 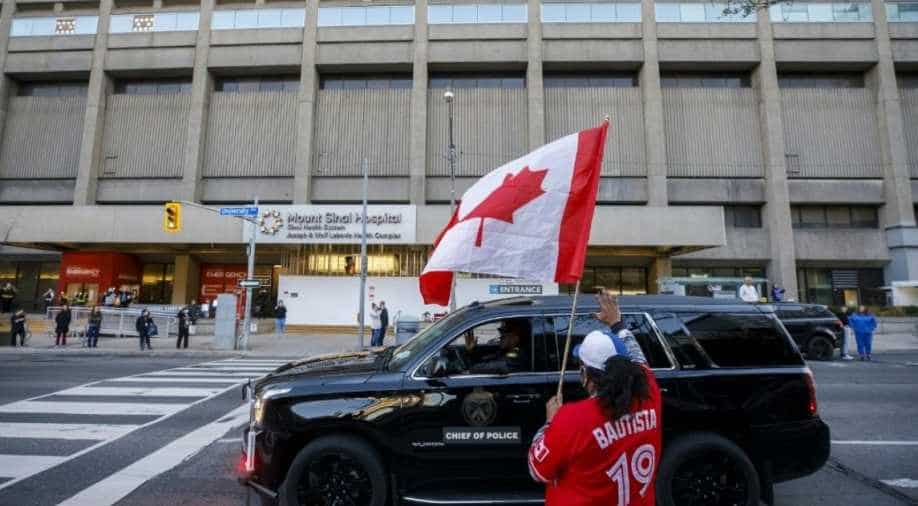 The first presidential debate of the US elections 2020 were nothing less than a chaos of three men talking at the same time.

After a chaotic and controversial US presidential debate of Tuesday night, Google search results for “move to Canada” spiked in the hours following the debate, as many Americans contemplated abandoning their country for the true north strong and free.

The Presidential debate between Joe Biden and President Trump was an absolute dumpster fire. For 90 minutes both Trump and Biden just yelled at each other in one of the most unpleasant debates in history.

Also read:Moderator of US elections debate snaps at Trump for speaking out of time

The Trump-Biden debate had a lot of Americans wanting to make way for the northern border, or at least writing or tweeting about it.

Queries for “how to apply for Canadian citizenship” skyrocketed about an hour into the yelling match between the two men, peaking around 10:30 p.m., according to Google.

The search was most popular in the state of Massachusetts, followed by Ohio and Michigan.

Meanwhile, the organizers of the US presidential debate were left speechless after the US President Donald Trump and his Democratic rival Joe Biden engaged in a 'chaotic' debate.

The first presidential debate of the US elections 2020 were nothing less than a chaos of three men talking at the same time, of which one was trying to take his turn and the moderator was simply asking to establish order. This was one of rare times — probably the first — when the moderator had to ask a candidate that their campaign manager had agreed to rules which were being flouted by the candidate.

The debate's chaos and lack of order was highly criticised. While the Democrats blamed Trump for constant interruptions, and the Republicans defended the President by claiming it to be Biden's fault for saying 'absurd' statements, the Debate Commission has decided to put it behind them and prepare for the next debate.