After US elections, Twitter's exploding with Obama-Biden memes on Trump 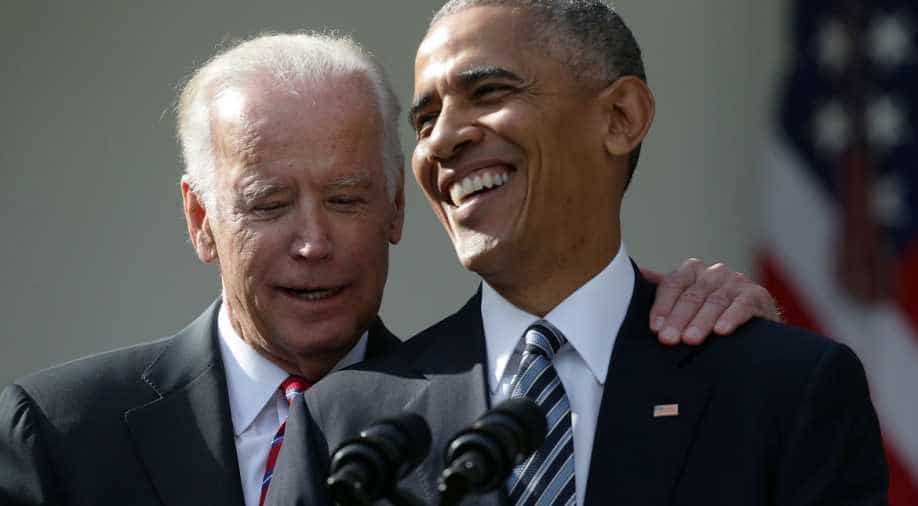 Since Donald Trump's victory in the November 8 US presidential election, memes imagining conversations between President Barack Obama and US Vice-President Joe Biden have flooded the internet. "Breaking Bad" actor Aaron paul, Toronto city councilor Norm Kelly were among the people who tweeted out pictures of the duo.

The memes feature Biden suggesting practical jokes that could be played on president-elect Donald Trump as the two prepare to hand over the power and Obama trying to reign in Biden's enthusiasm for pranking.

Here is a look at some that tickled our funny bones:

Joe: I will not stop. This room will smell so bad when he gets here.

Joe- "No way I'm letting Trump have any of MY ice cream, here take a cone."
Barack- "I'm lactose intolera-"
Joe- "THIS IS SERIOUS BARACK." pic.twitter.com/YcaT9A9jar

Biden: I gave him the wrong address

Biden: idgaf what they call him pic.twitter.com/6pQzOJY92x

Obama: Did you replace all the toiletries with travel size bottles?
Biden: He's got tiny hands Barack, I want him to feel welcome here pic.twitter.com/e7NRIZ43Ww

Joe- "When he walks in, you duck and I'll sock him wit-"
Barack- "Joe, you're the Vice President..." pic.twitter.com/NIMKhwxfDi

Zomgggggggg these Obama/Biden memes bring so much joy to my life pic.twitter.com/yzegngG8Di

Biden: have you seen all these memes of us online

Biden: what about this one where I said I'd punch Trump? I made that one! pic.twitter.com/KN6gisnJdp