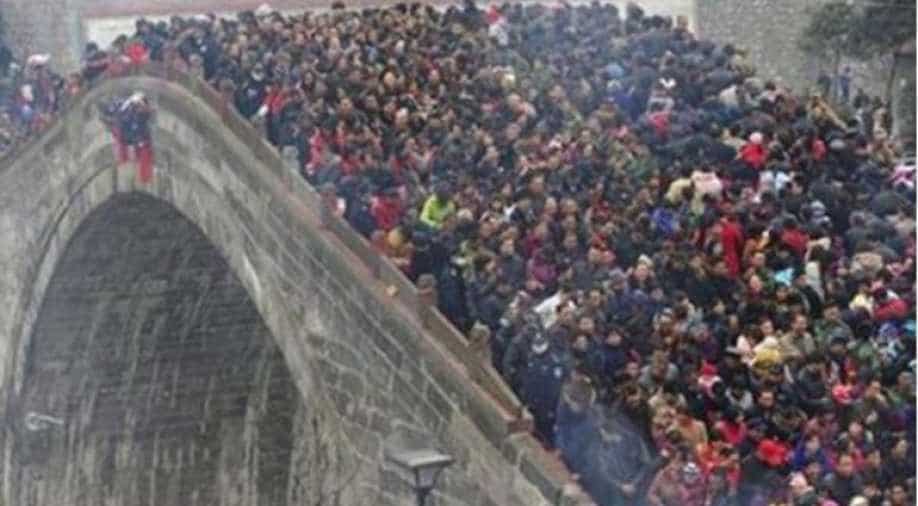 China's population is expected to shrink to 1.36 billion in 2050

China's population, the world's largest, is expected to experience continuous negative growth from 2030 after reaching a peak of 1.44 billion in 2029, a leading Chinese think-tank has said.

The study has also warned that if the total fertility rate, which means the number of children that would be born to a woman over her lifetime, remains at 1.6, negative population growth is likely in 2027 with a potential total population of 1.17 billion, which is equivalent to the year 1990, according to media reports.

The report noted that if China could maintain this momentum in growth, China's fertility rate would return to a relatively safe level, the People's Daily reported.

The report came after Chinese demographers said China's three-year-old two child policy failed to make any impact on the low birth rate as the number of new-borns dropped by two million last year and the decline was expected to continue.

Chinese demographers said that the number of new-borns in 2018, the third year after the country has fully implemented the two-child policy, may have dropped by more than two million and the country's birth population will continue to fall, state-run Global Times reported.

"Although the national data for the birth of new-borns have not been publicised yet, data revealed by local health departments showed that the number of new-borns in 2018 decreased by at least 15 per cent from the previous year," He Yafu, a demographer and author of a book on the impact of China's population policy, was quoted as saying by the paper.

"The birth population in 2017 was 17.23 million. Based on current calculations, the number of new-borns across the nation might drop by more than two million," He said.

China ended its decades-old one-child policy in 2016 and permitted couples to have two children as the population of elderly rose with declining numbers of young people.

In August, the official media said China's rapidly ageing population has touched 241 million, accounting for one-fifth of the over 1.4 billion people in the world's most populous country.