After Ghosn, Nissan CEO Hiroto Saikawa to step down over financial irregularities accusation 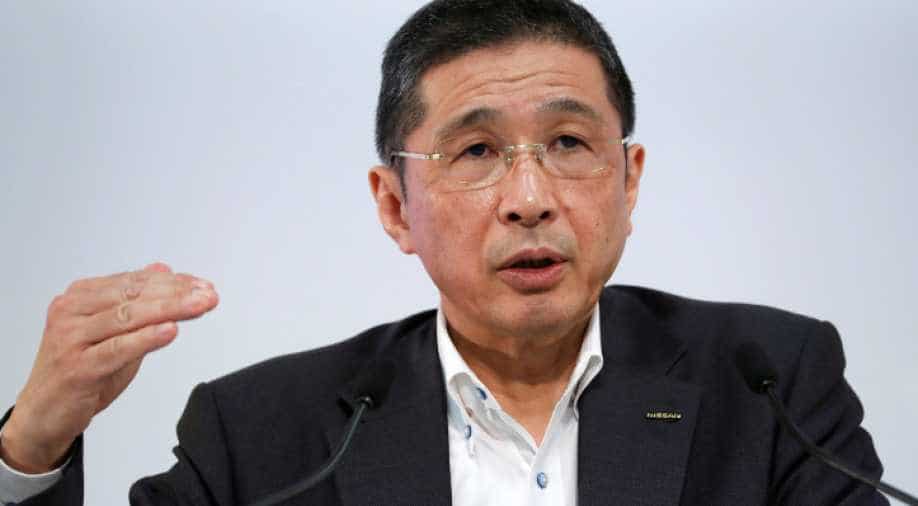 Hiroto Saikawa's reported decision to step down comes days after he admitted receiving overpayments, and is the latest blow to the firm after Ghosn's arrest and ouster.

Nissan CEO Hiroto Saikawa will be stepping down shortly, its board said on Monday, amid accusations of financial irregularities as the carmaker reels from the arrest and ouster of former boss Carlos Ghosn.

"After the board discussion, the board asked Mr Saikawa to step down from the CEO position. Mr Saikawa accepted this," Yasushi Kimura, chair of the board of directors, told reporters.

Hiroto Saikawa's reported decision to step down comes days after he admitted receiving overpayments, and is the latest blow to the firm after Ghosn's arrest and ouster.

According to reports in the local media on Monday, Saikawa is suspected of improperly adding $440,000 to his compensation by altering the terms of a bonus.

Another board member, Motoo Nagai, said that there was "no illegality" to what Saikawa did but he should not have delegated elements of his pay to another executive.

"At the end of the day, the operation which should have been carried out by the president himself was carried out, delegated to others, which is a violation of the rules," said Nagai.

The audit was launched in the wake of the Ghosn scandal but appears to have implicated Saikawa and other executives for receiving excess pay as part of a scheme under which directors can earn a bonus if their company's share price rises above a certain level in a set period.

Saikawa had apologised last week while denying any wrongdoing.

"I left the issue to someone else so I had thought it was dealt with in an appropriate manner," he told reporters.

The carmaker is currently undergoing an overhaul intended to strengthen governance after the Ghosn scandal.

In June, Nissan shareholders voted in favour of various measures including the establishment of three new oversight committees responsible for the appointment of senior officials, pay issues and auditing.