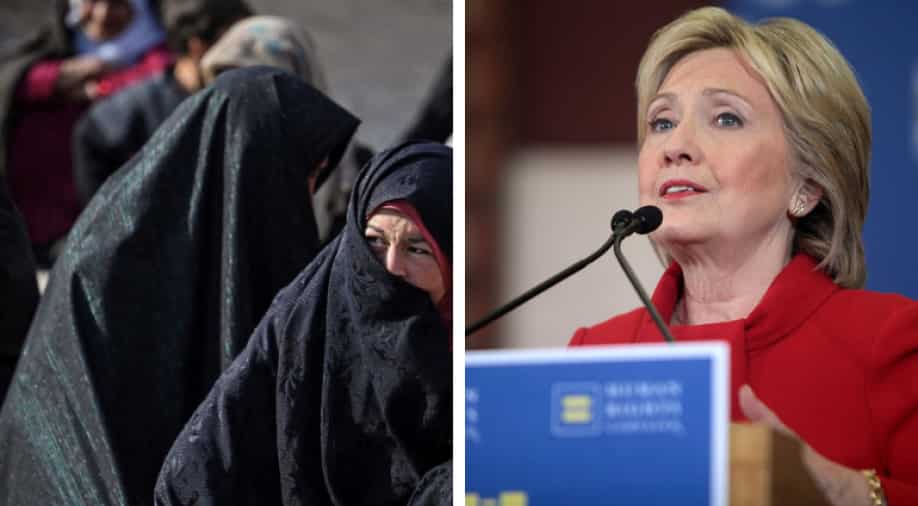 The Taliban takeover in August has plunged Afghanistan into a humanitarian crisis. Not only poverty and starvation are rampant, but millions of women have also lost their rights to get education and work in the country ruled by fundamentalist forces.

Despite promising to be relatively liberal than their earlier rule in the late 90s, the Taliban administration has reversed several decisions of the ousted civilian government which granted basic rights to Afghan women.

One Afghan woman hiding from the Taliban recently spoke to former US secretary of state Hillary Clinton on a podcast show hosted by BBC on women and war called ‘Women Building Peace’.

In the show, she shared what her life used to look like before the Taliban takeover.

“Before Taliban occupation, I had a beautiful life with multiple opportunities. My life was good. I had the right to education and the right to my civil activities. I had the right to work in my country. I had the right to choose my favourite candidates in the presidential election and also in the parliamentary elections. But after Taliban took over, my life completely changed,” said Lama (named changed to protect her identity), who is placed in a safe house after fleeing Kabul.

“My clothing style changed after August 15. I started to wear burka. In short, I couldn’t use my identity. I should always hide my identity,” she added.

In response, Hillary empathised with the woman and promised to put “international pressure” on the Taliban government to have a lenient approach towards women’s education and work.

“I can only say Lama, that I hope that there will be a way to influence the Taliban regime to have a different approach, at least toward women’s education. So that at least you and others will be able to pursue and continue and complete your education in Afghanistan,” she said.

“And I hope that we can, through international pressure, through other kinds of interventions with the Taliban, persuade them. I will certainly do everything I can to  try  to provide whatever support, even though it’s from a long distance, that you and other women, particularly young women like yourself, deserve.”