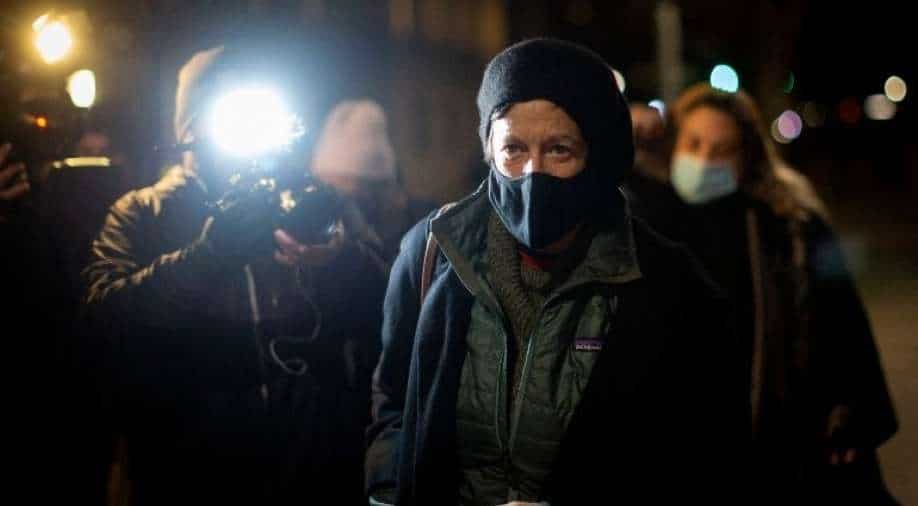 Maxwell is charged in federal court with trafficking women and girls for her longtime partner, Jeffrey Epstein, the disgraced financier who died in prison in 2019

The 14-year-old girl was eating ice cream with friends one afternoon in 1994, around a picnic table at a summer arts camp in Michigan, she said, when a “tall, thin woman” with a “cute little Yorkie” walked by.

The campers asked if they could pet the dog, but soon after the girl’s friends left her alone with the woman, a man joined them, and asked the girl about the camp and her other interests. He said he was a benefactor who gave to the camp and supported young talent. When the girl said she lived in Palm Beach, Florida, the man said, “What a coincidence, we live there too.” He asked for her phone number.

Testifying on Tuesday in the sex trafficking trial of Ghislaine Maxwell, the 14-year-old from Florida, now an adult identified in court only as “Jane,” described for jurors how what seemed like a chance encounter with Maxwell — the woman with the Yorkie — and Jeffrey Epstein led to years of sexual abuse.

The abuse took place at Epstein’s properties in Florida, New Mexico and New York, and at times involved groups of people, she said. Sometimes, she said, Maxwell took part in the sex acts. 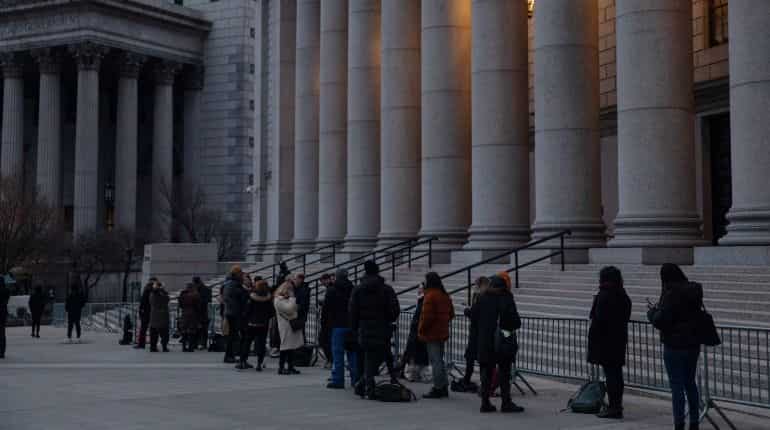 For years, Jane testified, she told nobody about the abuse, confiding in loved ones only after she had cut off contact with Epstein, around 2002. Jane — who identified herself as a working actor — did not tell law enforcement about her allegations until after Epstein’s death in 2019, in part out of concern, she said, that she would face professional blowback in Hollywood.

As the first accuser to take the stand in Maxwell’s trial, Jane painted a picture of how Maxwell and Epstein brought her into their lives, and how what seemed like mentorship and special treatment soon evolved into sexual abuse.

Weeks after the initial meeting in Michigan, Jane said, she got home from school — it was early in her eighth grade year — to find that Epstein had called to invite her and her mother to his house for tea. A chauffeur came to retrieve them and brought them to Epstein’s home.

It was the first of many such visits she would make, but her mother never joined them again. The home was impressive, she said, and so were Epstein and Maxwell, even if their conduct was sometimes confusing or overwhelming.

As she described those early days, Jane at times laughed at herself, gestured broadly and spoke directly to the jury. But as she turned to her accounts of her abuse — and later, as Maxwell’s lawyer sought on cross-examination to challenge her recollections — Jane’s tone grew more serious.

At several points throughout Jane’s testimony, Maxwell leaned forward in her chair at the defense table, put on a pair of glasses and took notes.

“From the very beginning there was a lot of bragging about how they were friends with essentially everyone,” Jane said, adding that Maxwell and Epstein would engage in “name dropping” — she recalled them citing public figures like Donald Trump, Bill Clinton and Mike Wallace. The effect was to suggest that “they were very well connected and affluent.”

Jane said she was soon visiting Epstein’s Palm Beach home every week or two, and Maxwell was a steady presence. At first, Maxwell came across as a big sister figure — “odd and “quirky,” Jane said, “but she was nice.” Jane said Maxwell took her to the movies and shopping for shirts and a cashmere sweater, and to Victoria’s Secret for underwear: "basic-looking ones" like “white cotton briefs.”

But soon, Maxwell began talking to her about sex, Jane said. One day, Jane said, Maxwell was among a group of women lounging topless or naked around Epstein’s pool.

Another day, when she was still 14, Jane testified, she was speaking with Epstein in his office when he told her he could introduce her to talent agents and “make things happen” for her. Then he “abruptly” ended the conversation, took her hand and said, “Follow me,” as he guided her outside and into the pool house.

“I was frozen in fear,” Jane said. She testified that she did not tell anyone about what had happened inside the pool house, adding: “I was terrified and felt gross and I felt ashamed.”

Shortly after that incident, Jane said, Maxwell joined them in Epstein’s bedroom; while the two adults touched each other, they guided her to join them. In later visits, Maxwell and Epstein brought Jane to the house’s massage room, where Maxwell explained how Epstein liked to be massaged.

A prosecutor, Alison Moe, asked about Maxwell’s demeanor during those incidents.

Jane’s often emotional testimony came on the second day of Maxwell’s trial in U.S. District Court in Manhattan on charges she helped Epstein recruit, groom and ultimately sexually abuse girls as young as 14.

Prosecutors have said that Jane and three other accusers, all now adults, will testify under pseudonyms or partial names in the trial.

The defense has made it clear it plans to seek to undermine Jane’s credibility in cross-examination by suggesting that she is playing a role, and that she only decided to cooperate with the government and implicate Maxwell because she believed it would help her secure a claim with the Epstein victim fund, which awarded her $5 million.

Late Tuesday afternoon, one of Maxwell’s lawyers, Laura Menninger, began her cross-examination by pressing Jane about the delay in reporting her claims and sought to point out gaps in her memory of her teenage years in Florida. Her cross-examination is expected to continue Wednesday morning.

Before then, Moe, the prosector, asked Jane whether she had ever publicly revealed her identity as a victim of Epstein and Maxwell.

No, Jane said, nor did she want to.

“I’ve always just wanted to put this past me. I moved on with my life,” Jane said. “I work in the entertainment industry and victim shaming is still very present to this day.” Talking publicly could also affect her career, she said.