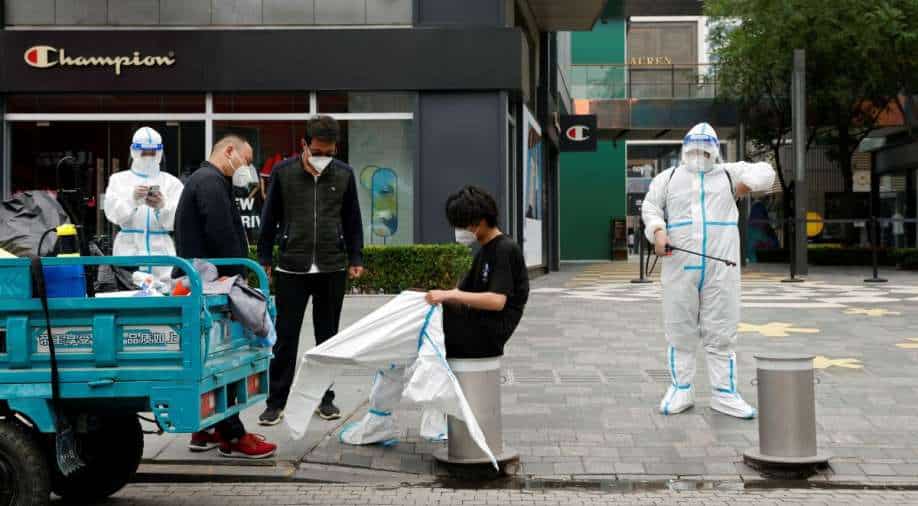 China is relying on mass testing as part of its zero-Covid policy to avoid public health catastrophe. But it is creating a sea of hazardous waste

Last week, Beijing was apparently in a "race against time" to contain another coronavirus (COVID-19) surge after authorities in the Chinese capital warned that a rise in cases linked to a 24-hour bar was critical.

China, where the coronavirus was first reported in 2019, reported a rise in Covid cases in some parts of the country in the past two-three months. The spike in cases and fresh outbreaks led the authorities to impose strict social distancing rules, a rigorous quarantine regime and endless mass testing.

Now, it appears that mass testing is becoming a huge problem. A report by AFP noted that the health workers in the country are using plastic swabs to test millions of throats in China each day. They are causing medical waste that has become an environmental issue. Also an economic levy of a zero-Covid strategy.

China is relying on mass testing as part of its zero-Covid policy to avoid public health catastrophe. But experts say the approach creates a sea of hazardous waste and a mounting economic burden for local governments who must plough tens of billions of dollars into funding the system.

"The sheer amount of medical waste that is being generated on a routine basis (is) at a scale that is practically unseen in human history," said Yifei Li, an environmental studies expert at New York University Shanghai.

"The problems are already becoming astronomical, and they will continue to grow even bigger," he told AFP.

Beijing has positioned itself as an environmental leader, cracking down on air and water pollution while setting the goal of making its economy carbon-neutral by 2060.

Whereas, mass-testing for coronavirus is now posing a new trash challenge. Each positive case led to a trail of used test kits, face masks and personal protective gear.

If not disposed of properly, biomedical waste can contaminate soil and waterways, posing threats to the environment and human health.