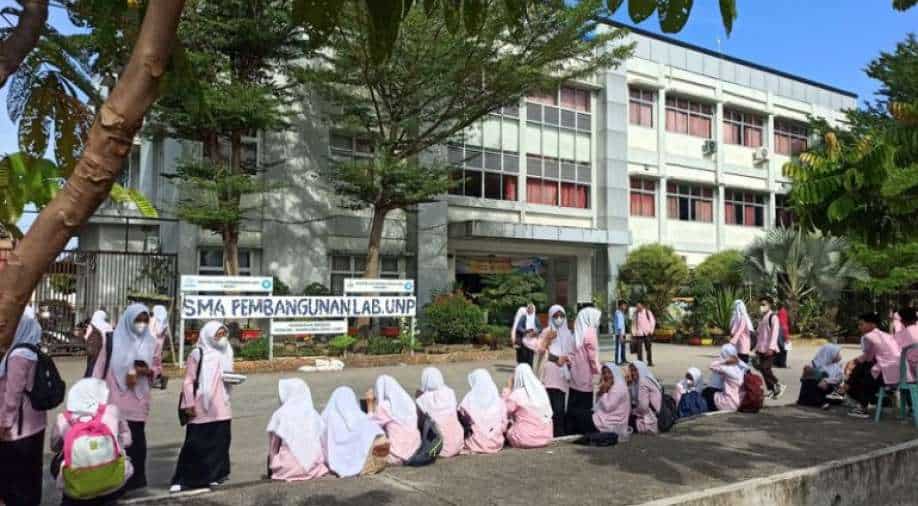 The quake hit the island's north at a depth of 12 kilometres (7.5 miles), about 70 kilometres from the town of Bukittinggi in West Sumatra province, according to USGS

According to news agency Reuters, at least seven people were killed and dozens injured.

The quake hit the island's north at a depth of 12 kilometres (7.5 miles), about 70 kilometres from the town of Bukittinggi in West Sumatra province, according to USGS.

No tsunami warning was issued and there were no immediate reports of serious damage, but the quake was felt in the neighbouring provinces of Riau and North Sumatra and as far away as Malaysia and Singapore.

Residents said the 6.2 quake -- which struck just after 8:30 am -- came minutes after a less violent quake recorded by USGS as 5.0 magnitude.

"The mayor called and ordered all second and third floors in every building should be vacated," he said.

Bazar said there were reports of some injuries, but did not have any details.

Irpanda, a resident of Pasaman city who like many Indonesians goes by one name, told Metro TV that he felt both the first and second tremors.

"At first, the quake only lasted for a few seconds. People fled their homes and buildings nearby were swaying," he said.

"But then another quake happened and it was so strong. More people fled their houses," he said, adding patients at a local hospital were moved outside.

Tremors were also felt in Singapore, witnesses and police said.

"Earth tremors were... felt in certain parts of Singapore at about 9:45 am," the police said in a statement.

The police and emergency services "have received several calls from the public reporting these tremors", the statement added.

Malaysia's meteorological department said in a tweet that "vibrations" were felt on the peninsula's western states.

"Vibrations felt in the western Peninsular area especially in Selangor, Perak, Negeri Sembilan, Malacca and Johor," the department said in the tweet.

Indonesia sits on the Pacific "Ring of Fire", causing it to experience frequent earthquakes.

In 2004, a 9.1-magnitude quake struck the coast of Sumatra and triggered a tsunami that killed 220,000 people throughout the region, including about 170,000 in Indonesia.