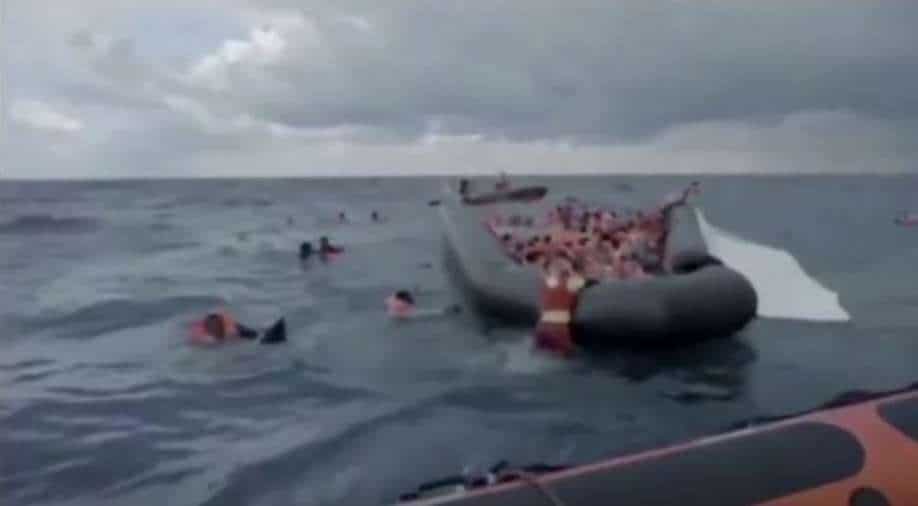 A 20-metre boat carrying 325 people was intercepted about eight miles (13 kilometres) off the coast of Lampedusa, and another was found slightly closer with 90 people aboard, news agencies reported

More than 400 migrants arrived on the Italian island of Lampedusa on Sunday, Italian media reported, as authorities in Sicily again blocked a rescue boat from leaving port.

A 20-metre boat carrying 325 people was intercepted about eight miles (13 kilometres) off the coast of Lampedusa, and another was found slightly closer with 90 people aboard, news agencies reported.

Meanwhile judicial authorities in Sicily reinstated a detention order against the Sea-Watch 4 vessel, run by Germany's Sea-Watch organisation, which had kept it in Palermo for six months until March, media reports said.

Also read | Migrant boat with 130 aboard capsizes off Libya: NGO

The order followed a safety inspection that found too many life jackets on board, saying the ship's sewage system is insufficient for the potential number of people rescued.

Activists claim the inspection was a smokescreen to block the ship.

"We hope the authorities will not stop us from leaving for the central Mediterranean with the absurd accusations to which we have become accustomed," Sea-Watch Italy had tweeted on Friday after returning from its latest mission.

Another vessel, Sea-Watch 3, was impounded by the Italian coastguard in March in the Sicilian port of Augusta, again over safety issues.

The aid groups have also faced accusations of colluding with Libyan migrant traffickers to bring people to safety on European shores -- charges they strongly deny.

Italy is a prime entry point for Europe-bound migrants, but the stretch of water between Sicily and North Africa is one of the world's deadliest migration routes.

Almost 530,000 migrants have landed on Italian shores since the start of 2015, including some 6,000 in the year to date, according to the International Organization for Migration (IOM).