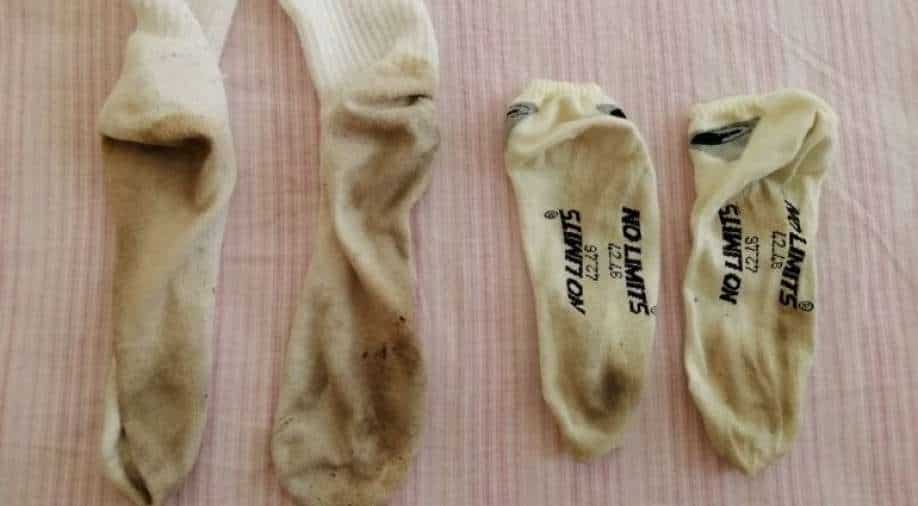 Businessman messages, random internet users and offers them the opportunity to make money by selling 'dirty' socks that are unwashed and uncleaned

It is not uncommon for people around the world to have bizarre habits that can be confusing and even disgusting to their fellow humans. One such bizarre habit has recently come to light.

Apparently, a businessman who lives in Hull, United Kingdom, has a strange habit of buying dirty socks. Yes, you read that right. This 33-year-old who goes by the name Mr D spends close to £200 ($276 or INR 20,000) every month on old and dirty socks.

The businessman called himself a foot fetish enthusiast in an interview with Hull Live, sharing that one of his favourite pastimes is to acquire smelly socks and admire filthy feet. He also explained his process for acquiring the said socks.

Businessman messages, random internet users and offers them the opportunity to make money by selling 'dirty' socks that are unwashed and uncleaned.

From time to time, he purchases socks in bundles. Payments to are made through PayPal transfers.

Mr D considers himself to be a "normal guy," he spends hours watching clips of dirty feet. He thinks that this pastime is completely harmless and that there is nothing abnormal about it.

During the interview, he confessed that he spends money on a pair of 'sexy' dirty socks every now and then, as a treat for himself. He says that he is able to get four or five individual dirty socks for £40.

The 33-year-old took his hobby to the next level by paying people for videos of their dirty feet. The majority of the women he purchases from are between the ages of 21 and 38, as he believes these women have "elegant feet".

Buying a foot video costs Mr D £30. But he changes the price based on the individual with whom he is interacting. According to him, he would be willing to pay up to £60 or £70 for "special people" or celebrities.

Now, this next part isn't for the faint-hearted. In response to a question concerning his usage of the socks he purchases, he said that he usually just likes to smell them and put them in his mouth to taste, and whenever he feels like it, he just goes back and revisits particular socks.