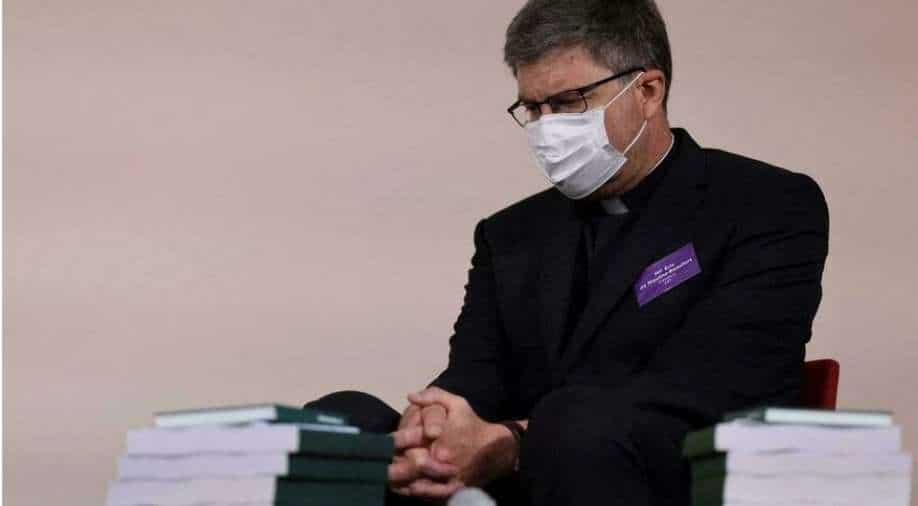 Eric de Moulins-Beaufort, president of the Bishops' Conference of France (CEF), attends the publishing of a damning report on decades of sexual abuse by church officials on October 5, 2021 in Paris. Photograph:( AFP )

An independent panel released conclusions on child sex abuse in the Catholic Church in France between 1950 and 2020 on October 5.

French bishops declared on Friday that the French Catholic Church holds "institutional responsibility" for the hundreds of child abuse incidents revealed in a document issued in October.

According to Archbishop Eric de Moulins-Beaufort, leader of the country's Bishops Conference, the church permitted the abuse to become "systematic."

"This accountability entails a responsibility to deliver justice and compensation," said Moulins-Beaufort.

Following a vote by the bishops, he made the remarks during the conference's annual assembly.

An independent panel released conclusions on child sex abuse in the Catholic Church in France between 1950 and 2020 on October 5.

Over the course of seven decades, the 2,500-page dossier describes how an estimated 3,000 child abusers, two-thirds of whom were priests, worked in the Catholic Church in France.

The "overwhelming majority" of victims, according to the study, were young males from various social origins.

It called the abuse a "massive phenomena" that had been hidden under a "veil of silence" for decades.

The gathering was open to victims of abuse, but many declined.

Some people were dissatisfied that the sexual abuse crisis was only one of numerous items on the church's agenda, rather than the sole issue.