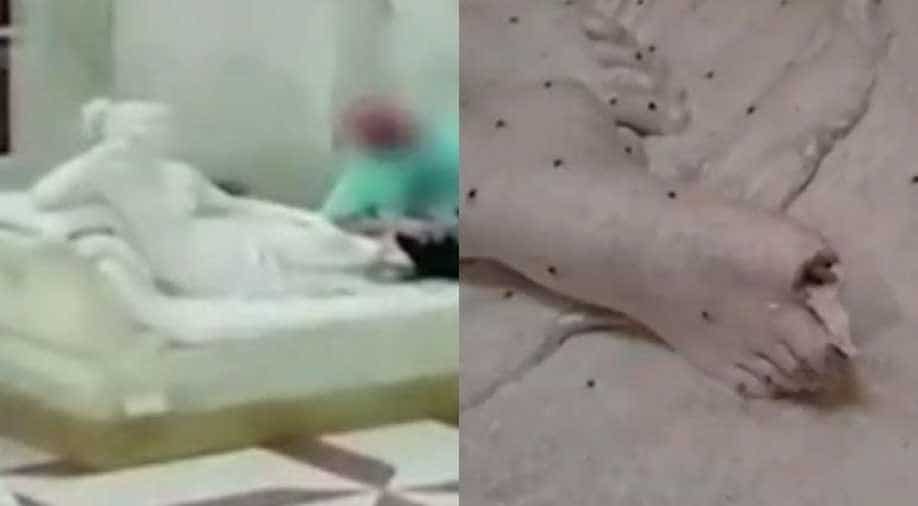 The statue was made by Antonio Canova in the early 1800s.

Italian police have accused an Austrian tourist of breaking multiple toes of a 200-year-old statue in a museum in Italy.

The incident took place on July 31 at the Gipsoteca Antonio Canova museum, located in Possagno, Italy.

According to the press release, security managers of the museum contacted the police after noticing the damaged statue and in the investigation, the authorities came across video surveillance footage that captured the event.

The Carabinieri police said that the Austrian tourist was responsible for damaging three fingers of the right foot in the plaster statue of 'Paolina Bonaparte as Venus Victorious'.

In the footage, it could be seen that the tourist was lying next to the artwork while getting a photograph clicked but after the getting up the man unintentionally broke part of the statue's foot. He appeared to realize the damage caused and left, visibly disturbed, disappearing from the view of the camera.

The whereabouts and details of the tourist were accessed by the museum booking information. Police were able to contact the wife of the 50-year-old tourist.

According to the police, the tourist's wife has admitted her husband's involvement and said he panicked and left when he realized the damage he had caused.

Police added that the tourist's wife has said that her husband would explain the incident, apologize and be ready to face the consequences of his actions.

It is still unclear whether he will be charged, however, police sent a detailed report of the investigation to the judicial authority for assessment.

According to the Museum's Facebook page, the tourist "turned himself in" by writing a letter to the President of the Canova Foundation Vittorio Sgarbi.

The statue was made by Antonio Canova in the early 1800s.

The Facebook post also said that the museum staff is working on various phases to restore the historic artwork.