1MDB scandal: All about the multi-million dollar fraud and why Malaysia's ex-PM is up for trial 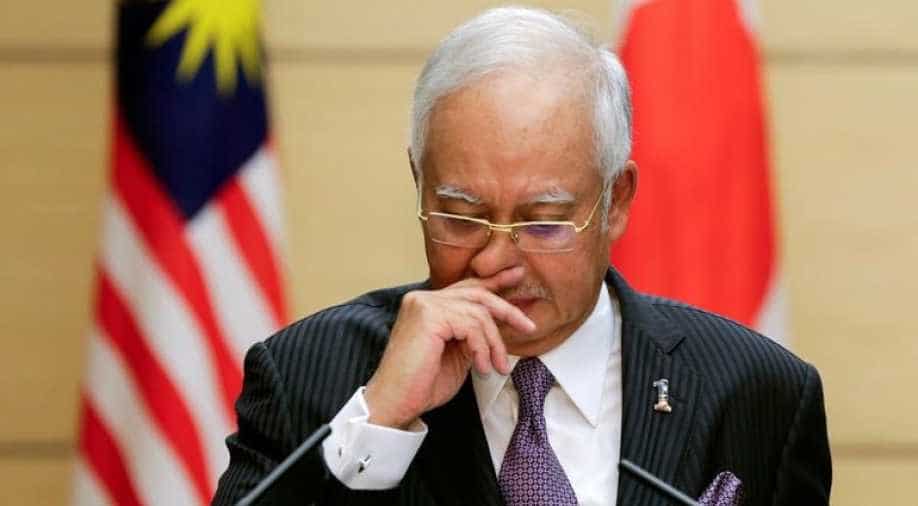 Najib has pleaded not guilty to charges of criminal breach of trust, abuse of power and money laundering, in what is set to be the first of many trials over suspected multibillion-dollar fraud at state fund 1Malaysia Development Berhad (1MDB).

Disgraced former Malaysian Prime Minister Najib Razak has been out in recent weeks campaigning as if for an election, trying to shed the image of a wealthy, elite politician and elicit public sympathy before his corruption trial begins on Tuesday.

Najib has pleaded not guilty to charges of criminal breach of trust, abuse of power and money laundering, in what is set to be the first of many trials over suspected multibillion-dollar fraud at state fund 1Malaysia Development Berhad (1MDB).

The trial starts nine months after Malaysians voted Najib out of office in a general election dominated by public disgust over allegations some $4.5 billion was stolen from 1MDB, and about a quarter of it went into his personal bank accounts.

Police found nearly $300 million worth of goods and cash at properties linked to Najib soon after the May 2018 election.

But as the trial date nears, Najib - who has maintained his innocence - has sought a radical change of image, painting himself as a victim of a vindictive government led by Prime Minister Mahathir Mohamad.

The 65-year-old son of Malaysia’s second prime minister is also trying to build an image as a folksy voice of working people, especially members of the ethnic Malay majority.

Najib, in a viral video last month, crooned a Malay-language version of the 1970s hit 'Kiss and Say Goodbye', surrounded by a chorus of sombre young singers, criticising Mahathir's coalition for failing to live up to election promises.

"On May 9, 2018, I was ousted. All this time, I have been fighting with my life for the people I love. But what can I do?" an earnest Najib says of his "saddest day" in the introduction to the song.

Najib has also been hitting out online. His jibes against ruling party politicians on Facebook and Twitter have some social media users referring to him as "King of Trolls".

A relaxed, casually dressed Najib also paid a visit this month to Langkawi, Mahathir's island constituency, where he pottered around town, visiting markets, eating at hawker stalls and rubbing elbows and posing for selfies with passersby.

Mahathir was not impressed. He told a news conference last week Najib seemed to be getting popular on social media because "he provides a lot of stories".

Harvinderjit Singh, one of Najib's lawyers, declined to comment on the former premier's public appearances but said the 1MDB trials were unlikely to be affected by the hoopla.

"The case is going to be determined by what happens in court, not out of it," he said.

While Najib has been trying to build public support, the Attorney General's Chambers (AGC) has been building a formidable team to prosecute Najib, his wife and a host of other former top officials charged for corruption. All of them have pleaded not guilty.

The prosecution has been recruiting top-notch criminal attorneys including former federal court judge Gopal Sri Ram and Sulaiman Abdullah, a lawyer with a background in cases of white-collar crime.

The AGC has also recalled several prosecutors from state offices to join the team, two lawyers with knowledge of the matter said.

The AGC did not respond to a request for comment.

Najib has a defence team of eight lawyers, led by Muhammad Shafee Abdullah, who once represented the government in a sodomy case against former deputy prime minister Anwar Ibrahim.

Najib could face years in prison. He faces 39 criminal charges over losses at 1MDB and other state entities.

Seven of those charges will be the subject of Tuesday's trial, relating to transfers totalling 42 million ringgit ($10.30 million) into Najib's personal bank account from SRC International, a former 1MDB unit.

Prosecutors have handed nearly 3,000 pages of documents to the defence ahead of the trial, said Najib's lawyer Singh.

The documents include statements from 26 witnesses, some of whom were SRC officials, who will likely be called to testify.

Najib, who has not been asked to testify in his own defence, hopes only for a fair trial, Singh said.

"Our client is of the view that if he gets a fair trial, then the truth will show itself to the public," he said.