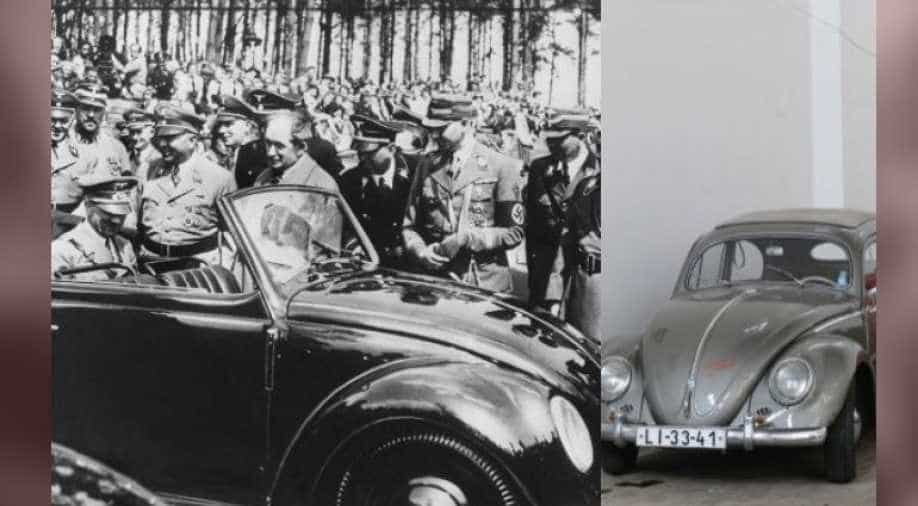 The first Volkswagen Beetle was produced in 1937 in Stuttgart which was inaugurated by the German leader amid great fanfare.

The iconic German car Volkswagen's Beetle will go out of production today after 82 years in existence after it was first designed by Austrian automotive giant ‎Ferdinand Porsche and presented to Nazi leader Adolf Hitler in 1937.

The first Volkswagen Beetle was produced in 1937 in Stuttgart which was inaugurated by the German leader amid great fanfare.

The car envisaged as a "family car" for four members, never went into mass production in Germany due to disruption caused due to World War-II but finally saw the light of day in the late 1940s when it began production in Germany's Wolfsburg area and later spread across the country and then worldwide.

In the 1950s sales of the "superbug" soared in the US with the car's mesmeric appeal towards the "rebellious generation" in the US. The VW symbol symbolising freshness and youth captured the imagination of European and American youth who were jaded by the Vietnam war in the 1960s.

However, production and sales began taking a hit after Japanese cars - Toyota, Nissan, Honda including Ford and Opel began giving the VW Beetle stiff competition but the "Beetles generation" in the 1960s spearheaded by English rock band - The Beatles - comprising of John Lennon, Paul McCartney, George Harrison and Ringo Starr made the brand a household name across the world.

In the 2000s facing stiff challenges, the car's production fell as demand began to collapse, even though it tried to sell in emerging markets in China and India however the magic had faded for the new generation powered by new cars and contemporary designs.

Beetle's Type 1 production was stopped in 2003 with new model failing to boost car numbers. The people living in Mexico's Cuautepec area which produced the modern version of the Beetle are now bracing for a shutdown after the car's long and fruitful run.