17 dead after pile-up on Chinese motorway 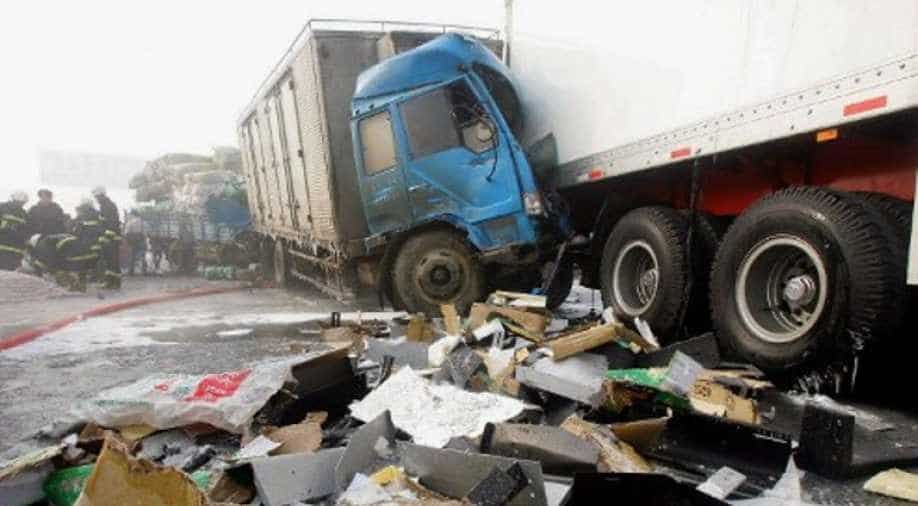 Pictures of the scene showed lorries scattered haphazardly across the road, some of them overturned, and the burnt-out wrecks of cars. (Representative image) Photograph:( AFP )

A huge pile-up on a Chinese motorway killed at least 17 people when a total of 56 vehicles crashed into each other in winter weather, state media said on Tuesday.

The accident happened in snow and rainy weather in the northern province of Shanxi, on an expressway linking Beijing with Kunming, the official news agency Xinhua reported.

Pictures of the scene showed lorries scattered haphazardly across the road, some of them overturned, and the burnt-out wrecks of cars after the crash on Monday.

Another 37 injured people were stable after treatment, Xinhua said.

Traffic accidents are common in China, with the World Health Organization estimating that more than 260,000 people were killed on the country's roads in 2013.

The WHO figures are strikingly higher than official pronouncements, in a country where government data are often questioned, with the National Bureau of Statistics reporting 58,539 traffic fatalities that year -- less than a quarter of the WHO's approximation.