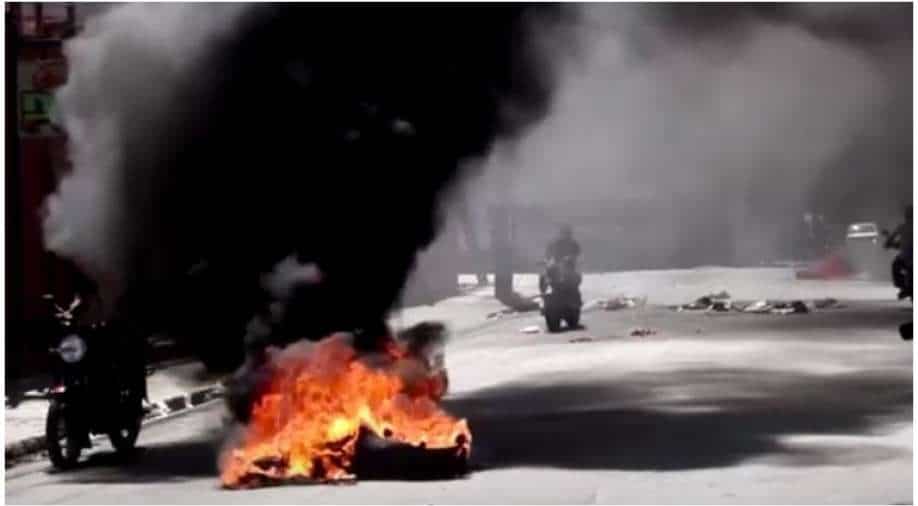 Photographs of reporter Diego Charles lying dead on the ground and of political activist Antoinette Duclair dead in her car circulated on Haitian social media.

At least 15 people, including a journalist and an opposition activist, were killed in Haiti in overnight violence suspected to be revenge attacks after the death of a police officer, officials said Wednesday.

Photographs of reporter Diego Charles lying dead on the ground and of political activist Antoinette Duclair dead in her car circulated on Haitian social media.

"In reaction to the assassination of Guerby Geffrard (the police officer killed), his allies concocted this morning's shootings which resulted in the death of 15 peaceful citizens," national police chief Leon Charles told a press conference.

Charles said an investigation into the violence in the capital Port-au-Prince had been opened "to trace all the perpetrators and co-perpetrators of the crimes committed."

Geffrard, the spokesperson for a police union that is in open conflict with the police force, was shot hours before the shooting spree in the same city district.

"To come out and simply say, 'We know the double murder of Diego Charles and Antoinette Duclair came from this union,' we think that is acting with great haste and above all great casualness," said Marie Rosy August Ducena of the National Network for the Defense of Human Rights, a non-governmental organization.

Locals angered by the violence protested by dumping flaming tires in the road.

The brother of a famous Haitian singer was also among the victims of the shooting.

"These horrible crimes and these reprehensible actions cannot go unpunished in a democratic society," Joseph said.

Violence has been sharply on the rise in Haiti this year, with gunfights between rival groups prompting many residents of poor districts of the city to flee their homes.

"We are in a situation where human rights are being denied and life is being trivialized... We cannot continue to count bodies every day," said Ducena.

Journalists also expressed their concerns about the deaths.

"We are dismayed by this murder, which lengthens the list of journalists killed in the past three years," said Jacques Desrosiers, head of the Haitian Journalists Association.

"As they always do, judicial authorities will announce investigations that lead nowhere," said Desrosiers. "We are used to that."

In 2000, Haiti's most prominent journalist, Jean Dominique, was murdered in a case that remains unsolved to this day.

"There was no justice for Jean Dominique, as there will be none for Diego. We are left to fend for ourselves," said Assad Volcy, director of Gazette Haiti, an online news outlet for which Charles worked.

More recently, photojournalist Vladjimir Legagneur went to the now gang-plagued Martissant neighbourhood of the capital on a reporting assignment in 2018 and was never heard from again.

Police have still not published the results of DNA tests performed on a body found a few days after Legagneur vanished.

Probes into the killing of two journalists in 2019 also yielded nothing.

Thousands of residents of Martissant have become refugees in their own city, living in sports centres or temporary accommodation in private homes because of the gang violence.

Undermined by insecurity and political instability, Haiti is struggling to emerge from a string of seemingly never-ending crises, which of late have resulted in a surge in kidnappings and gang violence.