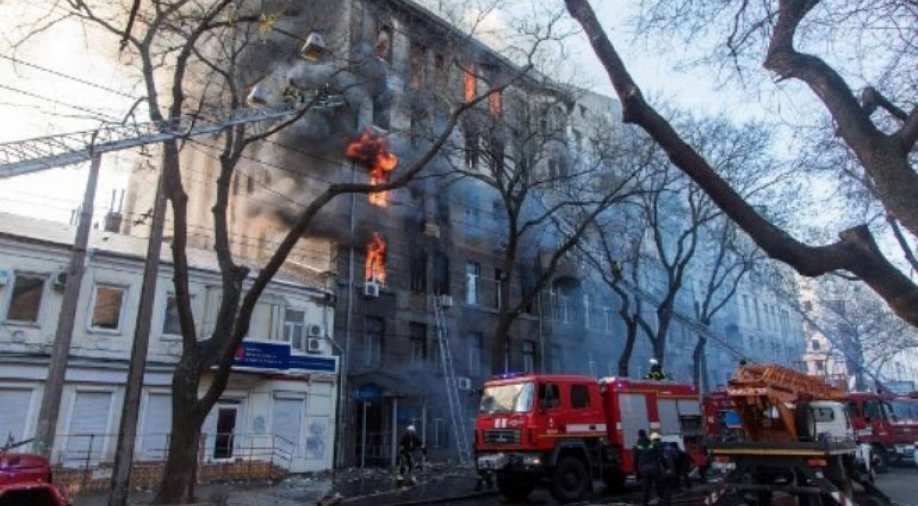 Firefighters extinguish a fire inside a college building in central Odessa on December 4, 2019. Ukrainian President Volodymyr Zelensky warned on December 5, 2019 that a deadly fire in the southern port city of Odessa could claim more victims, saying 14 people were still missing. Photograph:( AFP )

The fire broke out in a college building in central Odessa on Wednesday, killing a 16-year-old female student and injuring 27 others.

The fire broke out in a college building in central Odessa on Wednesday, killing a 16-year-old female student and injuring 27 others.

The blaze had been contained by Thursday morning, but dozens of firefighters were still combing through the partly destroyed walls of the six-storey building.

Zelensky wrote in a Facebook post: "We all hope that of the 14 missing people, as many as possible will be found safe and sound. But I do not want to deceive anyone.... there may be more victims."

Seven firefighters were among the injured and five people were in a serious condition.

"We all are praying" for them, said Zelensky, 41. "We know that doctors are doing everything possible to save them. And impossible too."

The authorities have opened a probe into the blaze.

The mayor of Odessa said the city would observe two days of mourning on Thursday and Friday.