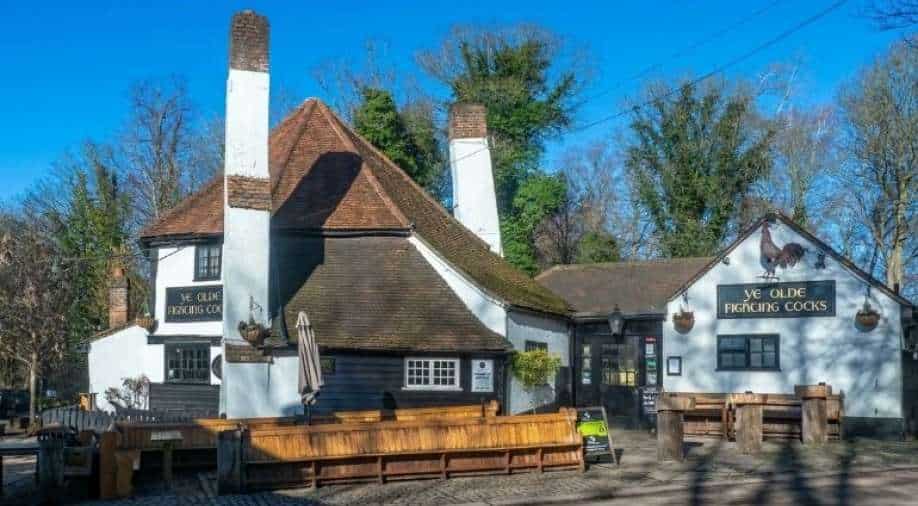 According to its website, the pub is located in St Albans, England, north of London. It claims to have been established in 793

COVID-19 pandemic has brought several changes to the world in the last two years. Some have been for good and some for bad.

Several businesses have also found it difficult to survive and finally led to closure. One of these unlucky establishments is a pub in Britain, which is over 1,200 years old.

The landlord of the business, which to seems to be one of the "oldest pubs" in the country, has announced on Friday that it is closing its doors.

In a Facebook post, Christo Tofalli, landlord of the pub called 'Ye Olde Fighting Cocks', said that financial struggles prior to the health crisis have now become untenable due to the loss of business.

According to its website, the pub is located in St Albans, England, north of London. It claims to have been established in 793.

"Along with my team, I have tried everything to keep the pub going. However, the past two years have been unprecedented for the hospitality industry, and have defeated all of us who have been trying our hardest to ensure this multi-award-winning pub could continue trading into the future ... It goes without saying I am heartbroken: this pub has been so much more than just a business to me, and I feel honored to have played even a small part in its history," Tofalli said.