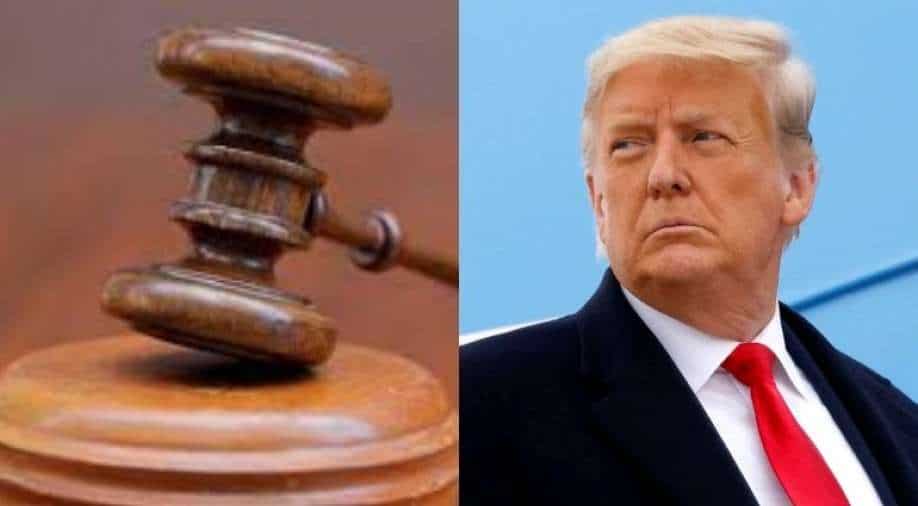 Attorney Alina Habba made the argument in a submission to a New York state appeals court requesting that the contempt order and fine be suspended until the challenge can be heard by appeals judges.

Former President Donald Trump requested that his $10,000-per-day contempt of court penalties be suspended, stating in an interview that the judge in the case is "unfair", according to a Bloomberg report.

"We have a judge who has been unbelievably harsh," Trump remarked over the phone on Monday, a week after state court Judge Arthur Engoron declared that Trump broke a court order by missing a March 31 deadline to reply to the state's document demand.

Alina Habba, Trump's lawyer, requested a New York appellate court to put the fine on hold, saying it was "patently illegal and unconstitutional by law."

She maintains that her client's personal records are not responsive to the subpoena.

The arguments were filed a week after Manhattan State Supreme Court Judge Arthur Engoron ruled that Trump and his attorneys had failed to show that they conducted a proper search for records sought by New York Attorney General Letitia James, a Democrat, in a civil investigation into his business dealings.

After failing to deliver any papers by the March 31 date set by the subpoena, James sought the court to punish Trump for contempt.

She has said that her investigation has discovered evidence that Trump may have misrepresented the worth of properties like skyscrapers and golf courses on financial documents for more than a decade.

Trump, a Republican, has been battling James in court over her probe, which he has termed a "witch hunt" because it is politically motivated.

Habba told Engoron a week ago that she visited with Trump to make sure he didn't have any records, which he didn't. She presented further documents outlining the document search on Friday, including an affidavit in which Trump said he didn't have any paperwork. Engoron criticised the affidavit for its lack of specificity.

Habba said in his written submissions to the state's appellate division on Monday that the daily fine "is not only unjustified, but also clearly unlawful and illegal by law."