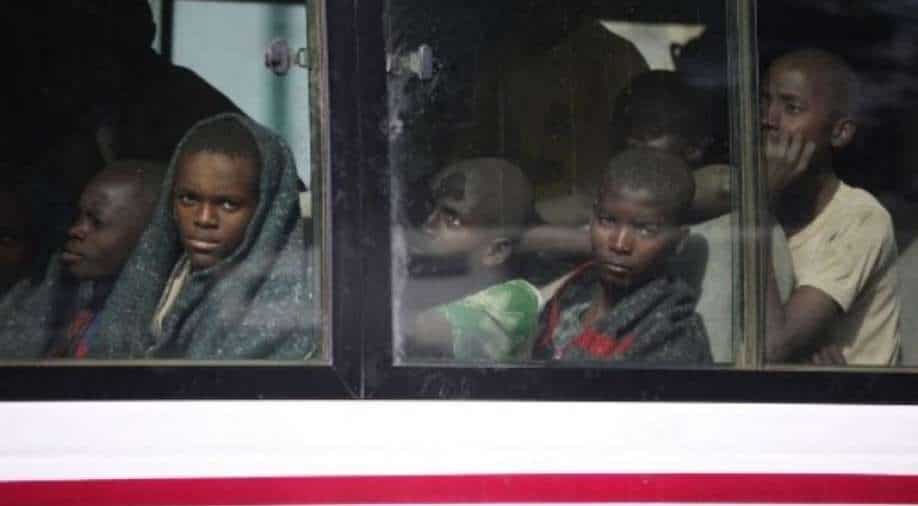 FILE PHOTO: Children kidnapped by Boko Haram from the Government Science Secondary school, in Kankara, in northwestern Katsina State, Nigeria are seen returning after having been freed on December 18, 2020. Photograph:( AFP )

One hundred kidnapped villagers, mostly women and their infants, in northwest Nigeria were freed Tuesday, police said, following negotiations with their abductors who had held them hostage for 42 days.

In this instance, on July 8 gunmen stormed Manawa village and seized 100 residents, including women and children, and took them to their forest hideout, a spokesman for Zamfara state police said in a statement.

Hostages are usually released after ransom payment, with those whose families fail to pay often being killed by the captors -- but Mohammed Shehu said that this time, the release was "unconditional" and had been secured "without giving any financial or material gain" to the gang.

A source familiar with the negotiations told AFP the bandits agreed to release the kidnapped villagers after the police and state authorities "assured them no action would be taken against them for the kidnap".

The released hostages would undergo medical checks before being reunited with their families, Shehu said.

Bandit gangs operate from camps in the vast Rugu forest, which cuts across Zamfara, Katsina, and Kaduna states in Nigeria, as well as neighbouring Niger.

Nigeria's air force has in the past attacked bandit camps while some northern states have sought to negotiate with the gangs by offering amnesties in return for disarmament.

But both military deployment and attempted peace deals have failed to end the violence.

On Monday 13 policemen were killed in Zamfara state when they were ambushed by a gang as they deployed to protect a village from imminent attack.

The criminals have recently focused on attacking schools and kidnapping students to extort ransom money from parents.