World's leggiest creature, a millipede with 1,306 legs, discovered in Australia 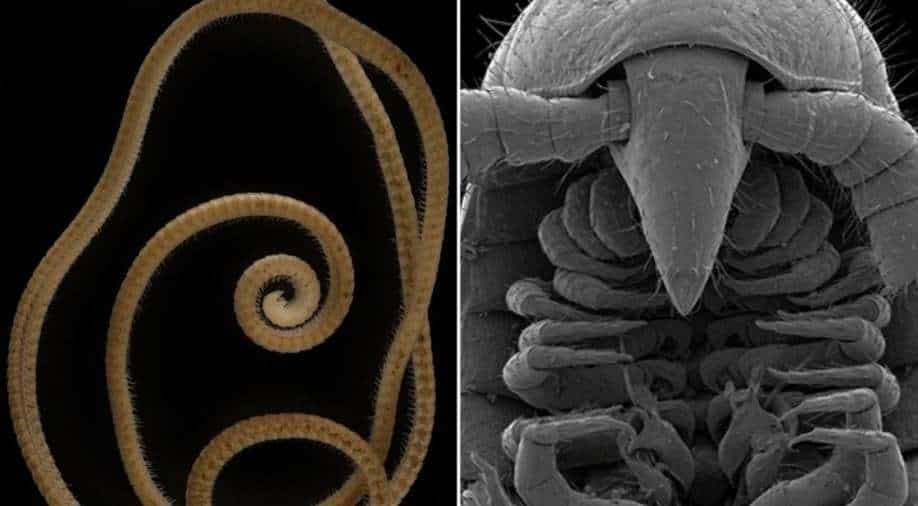 The world's first 'genuine' millipede, with 1,306 legs, has been discovered by CSIRO scientists. The global record for the most legs ever reported has been broken by a super-elongated insect discovered in Western Australia.

An elongated millipede with more legs than any other known species has been discovered by Australian scientists.

The first "genuine" millipede, has 1,306 legs and a 95mm long elongated body.

The creature is known as discovered about 60 metres (200 feet) below in a mining zone in Western Australia.

The new species has been given the name Eumillipes persephone, after Persephone, the Greek goddess of the underworld.

Illacme plenipes, which is found in central California and has up to 750 legs, held the previous record.

Despite the fact that milli means thousand and pede means foot, no millipede had ever been spotted with 1,000 legs before. The term was meant to be taken in a symbolic sense rather than literally.

"In my opinion this is a stunning animal, a marvel of evolution," said study co-author Bruno Buzatto, a principal biologist at Bennelongia Environmental Consultants in Perth, Australia.

"It represents the most extreme elongation found to date in millipedes, which were the first animals to conquer land. And this species, in particular, managed to adapt to living tens of metres deep in the soil, in an arid and harsh landscape where it is very hard to find any millipedes surviving on the surface, " Buzatto added.

Milli- means 1,000. Ped or pes means🦶. So all millipedes must have 1,000 feet. Nope! In fact, none did...Until now! #NSFfunded scientists have discovered the first true millipede - Eumillipes persephone. This helps expand knowledge of the diversity of these important insects. pic.twitter.com/30WOEhuPBW

Until now, the leggiest animal known was Illacme plenipes, a California millipede species with 750 legs.

According to the researchers, Eumillipes may have benefited from having so many legs.

In an underground habitat rich in iron and volcanic rocks, the species lives in utter darkness.

Because it lacks eyes, it must rely on other senses such as touch and smell to detect its surroundings.

The researchers believe it eats fungi since it belongs to a family of fungal-eating millipedes.

It was discovered in the Goldfields-Esperance region of Western Australia, where miners look for gold and other minerals, including lithium and vanadium.

The study documented four Eumillipes individuals, and another four have been discovered.

None of them have been found alive.

Because millipedes moult—shedding their tough outer coat—grow and add four-legged segments throughout their lives, the number of legs varies by species.