Will work for food: Company trains crows to pick up trash from streets 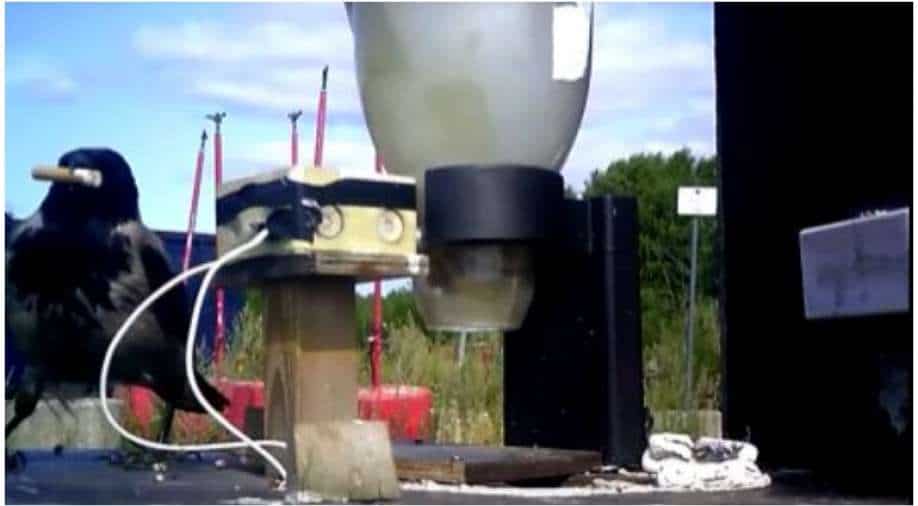 A crow can be seen picking up a cigarette butt to dump it in a bin in order to get a food reward Photograph:( Reuters )

Humankind produces enough trash for it to be a problem for the entire planet. Sure we have methods to segregate waste and treat it according to its type to decide whether it should be recycled, reused or else. But not all of us are mindful enough about basic things such as putting trash in the bin. The habit to litter in public is often a cause for deteriorating public health, clogged drains and worse.

Cities all around the world have employed many ways to try to ensure that trash goes into the bin and is then collected for its treatment, but perhaps no city can boast that it is able to collect absolutely all the waste that is produced within its jurisdiction. Perhaps a novel approach is necessary.

Such steps are being taken in Sweden where a company is training crows to pick up cigarette butts from the street and dump them in bin s.

A video from Corvid Cleaning showed crows picking up training sticks and dropping them into a bin. In order to encourage crows to clean up more, peanuts are dispensed as a reward when they successfully pick up and dump cigarette butts.

But what if crows dump something else in the bin? Like a leaf or some such? In such a case the reward of peanuts is not dispensed.

"The bin will tell litter apart from other items such as stones and leaves and only reward litter. The birds take part as much or as little as they wish, and the only human involvement is to empty the bin and refill the food," read a description on the website of Corvid Cleaning.

According to their website, Corvid Cleaning is preparing a pilot project that would see the birds pick up "real litter" instead of litter set out specifically for them.