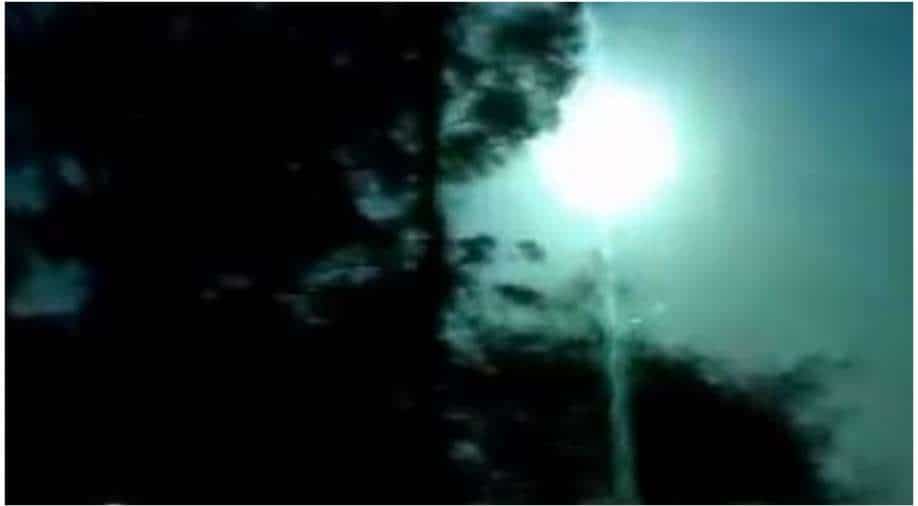 The burning meteoroid clicked in the skies of Karachi, Pakistan Photograph:( Twitter )

Residents of Karachi in Pakistan were thrilled to see a meteor lighting up the sky on Saturday (January 29). The falling fireball meteor was recorded by many (who could quickly take sights off the wonderful event and take out their phones). Social media buzzed with photos and videos of the meteoroid falling from the sky.

It has been reported that the falling meteor was visible in the sky around 7:15 pm local time. It was seen not only from Karachi but from some other parts of Sindh province as well. It was seen by many people and local astronomers reportedly confirmed that it was really a space rock burning through Earth's atmosphere.

Saw meteor in Pakistan. People from karachi and hyderabad saw it on Saturday. It was in green light. #Meteor https://t.co/WjBT0RCD9H pic.twitter.com/C0U9HCuKdf

A #meteor hurtled through the #night #sky over #Karachi last night and was visible to stargazers in the metropolis and other parts of #Sindh. #Astronomical groups confirmed the event as the #rock could be seen #burning up in the #earth's #atmosphere, before crashing to the ground pic.twitter.com/yp53cwtMVh

Such a phenomenon is often called a 'falling star' because it really appears as if a star is falling from the sky. It is also held in many cultures that if you make a wish when you see a falling star, it becomes a reality.

Scientifically speaking, a meteoroid is just a space rock that is drawn to Earth due to gravity. As it falls towards the Earth, it travels through Earth's atmosphere. The immense friction this process causes generates a lot of heat and the meteoroid can be seen glowing as falls. Most meteoroids burn up before reaching the surface of the Earth. But if they are of sufficient size, small parts do fall on Earth. These are then called 'meteorites'.

Watching meteors burning through the sky sure makes for a beautiful sight. But meteoroids of very big size can also collide with Earth to wipe humanity off the only planet it calls home.