Watch: Teen collides with a seagull on a roller coaster ride 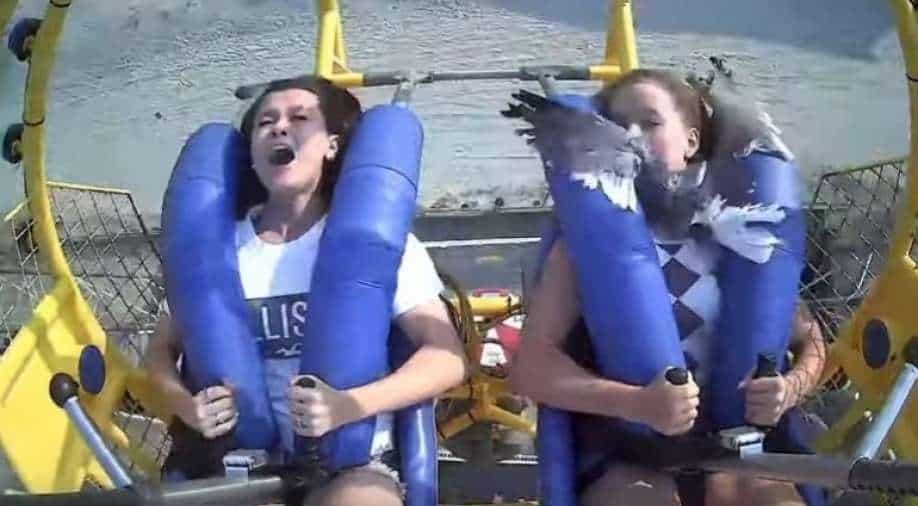 Kiley Holman is seen struggling with the bird’s wings clutching either side of the ride and its face tucked into her neck. Photograph:( Twitter )

The teenager, Kiley Holman, 13, and her friend were on the SpringShot ride at Morey’s Piers on Jersey Shore for her friend’s 14th birthday.

On an already miserable roller coaster ride, imagine colliding with a seagull.

That's exactly what happened to this teen girl, who had more to yell about when a bird landed on her chest than being launched into the sky.

The video of the seagull ride has gone viral, causing internet users to be shocked.

The two girls can be seen waiting for the ride to start in a video posted on the YouTube channel Viral Hog.

The girls shout with delight as the ride sits still for many seconds before taking off.

Midway through the ride, they are surprised by an unexpected visitor: a seagull.

Kiley Holman, 13, and a buddy were celebrating her friend's 14th birthday on the SpringShot ride at Morey's Piers on the Jersey Shore.

Before the seagull is in view just as the journey begins, Holman and her companion sat next to her scream.

"Georgia and Kiley went on the ride for Georgia's 14th birthday and captured an unexpected guest," reads the video's caption.

The encounter with the bird occurred on July 6, according to the caption.

Here's the link to the video: