Watch: Scrapped Air India plane gets stuck under a foot-over bridge in Delhi 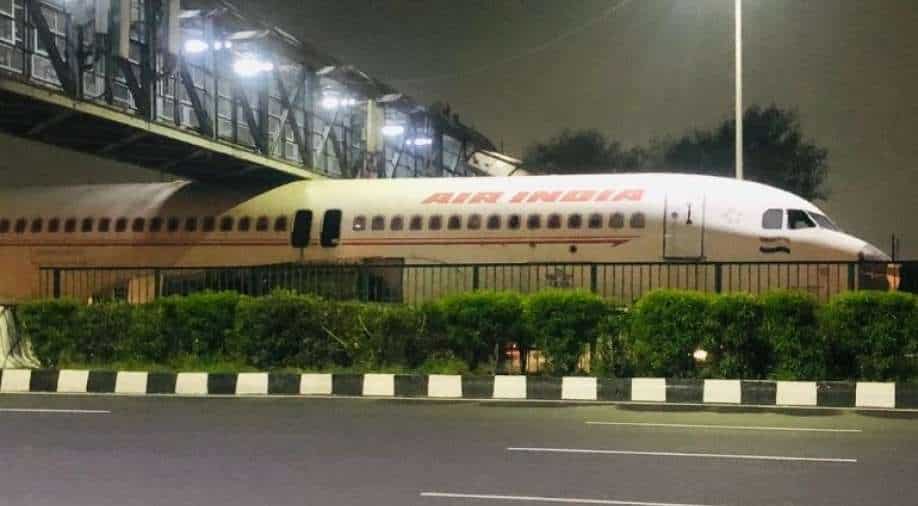 The aircraft stuck underneath an overbridge for pedestrians when it was being transported by road. Photograph:( Twitter )

A video of a wrecked Air India aircraft trapped underneath a pedestrian overbridge in Delhi while being moved has gone viral on the internet.

While being carried on a big vehicle, an Air India plane became trapped beneath the overbridge near the IGI Airport on the Gurugram-Delhi highway.

The photos and video of the incident have gone viral.

The jet is seen stranded on the Delhi-Gurugram highway in the footage, prompting Air India to clarify that the plane was destroyed and sold by the company.

"Under any circumstances, there is no link with the aircraft," Air India stated.

The plane's nose and half of its midsection made it through, but the plane became stuck at the wing region under the bridge, according to the footage.

When the video became viral, many people were puzzled as to how it got there.

The national carrier company quickly explained that the plane had been deregistered and was being destroyed.

The event occurred during the transfer of a dismantled plane that had been sold.

Amid global pandemic, bats lead race for 'bird of the year' in New Zealand

Want a flying car? You may take a look at Jetson One