Watch: Bear hunts alongside wolves, then steals their catch 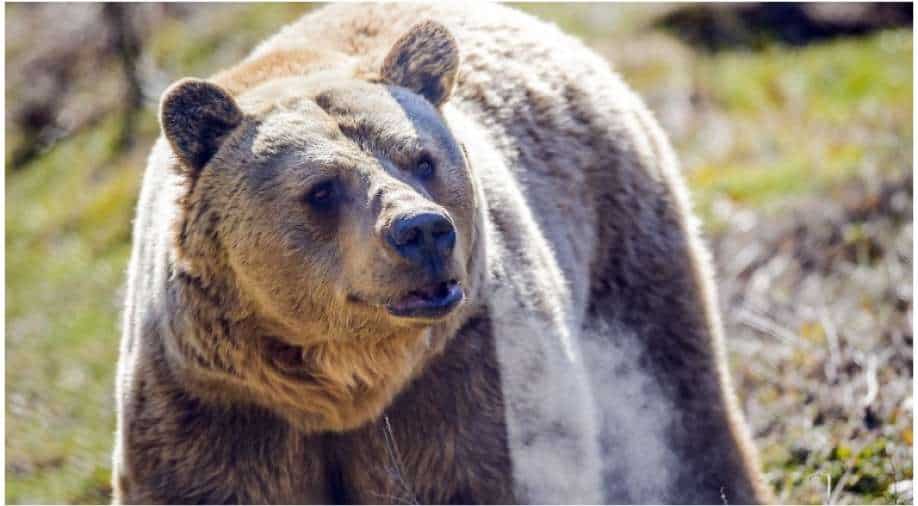 That's one sneaky bear outwitting an entire pack of wolves. The video has been shot in Yellowstone National Park in USA

Ever had a project-mate who, after joining the group, vanished suspiciously as the work actually started, and mysteriously materialised when it was time to show result to the seniors? Well he/ she may get part of the official acclaim but in informal parties, the person would never get invited.

Apparently, such a tendency to sneakily claim the prize is found even among animals.

A video shot in Yellowstone National Park in the USA has captured a fun encounter between a bear and a pack of wolves. In this video, the wolves can be seen to focus their attention on a group of elk and give a fierce chase to score a kill.

Not too far from the wolf pack is a bear, clearly distinct by its portly figure in the video. It may lack the aerodynamic, physical ferocity of the wolves but its hulking figure sure packs a punch. The bear appears so close to the wolf pack that it appears it's taking part in the hunt.

But it's wolves who score the kill. A meal well-deserved.

In comes the bear, steals the elk carcass and runs away. Check out the video

A couple wolves can be seen giving a chase but considering wolves yield to bears in the wild, the chase seems half-hearted.

The video has been posted by USA's National Parks Service.

“From the bear’s perspective, it takes a lot of energy to follow a wolf pack around, but the reward is high if it successfully takes over a carcass,” the NPS said, as quoted by The Guardian.

In Aesop's Fables, foxes and wolves are often seen outwitting other animals in the jungle. Maybe Aesop should have visited Yellowstone to see the tables turned.