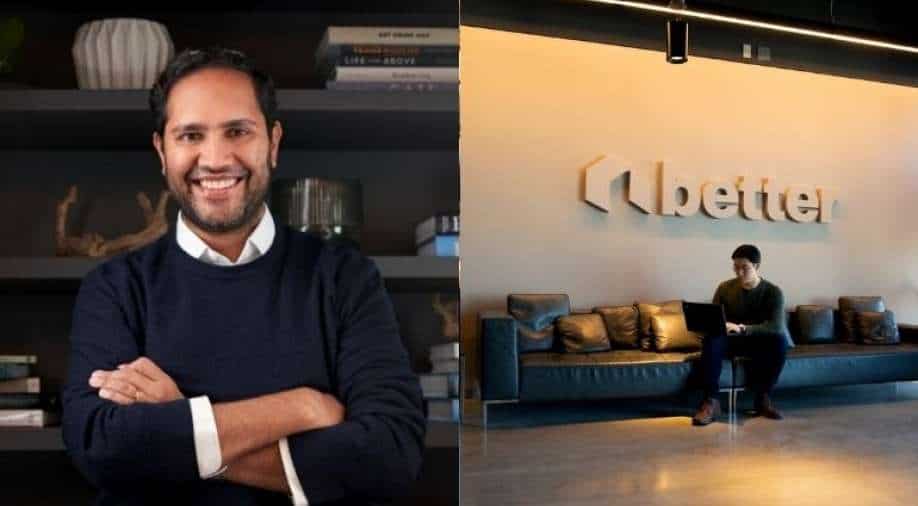 Vishal Garg is the founder and CEO of Better.com. Photograph:( Others )

Vishal Garg, CEO of Better.com had made news in December for firing 900 employees of the company over Zoom call. After a backlash, he was sent on leave

Vishal Garg, CEO of Better.com who hit headlines for firing 900 employees over a Zoom call is returning to the company after a month-long break. CNN reported that the company's Board of Directors sent a letter to all employees on Tuesday saying that Garg will take up his "full-time duties" as CEO.

Garg hit international headlines in December 2021 after he fired 900 employees over a Zoon call.

"If you're on this call, you are part of the unlucky group that is being laid off," Garg had said. "Your employment here is terminated, effective immediately." The leaked footage of the Zoom call had gone viral.

Vishal Garg: “I wish I didn’t have to lay off 900 of you over a zoom call but I’m gonna lay y’all off right before the holidays lmfaooo”pic.twitter.com/6bxPGTemEG

He was then sent on leave by the company. The company, in latest letter to the employees, reportedly said that Garg used the break to "reflect on his leadership, reconnect with the values that make Better great and work closely with an executive coach."

The manner of laying off of the employees had caused a huge backlash following which Garg had apologised.

In addition to conveying the employees that Garg will return, the company also told them that a third-party firm had reviewed the company's work culture and that Better.com was implementing the changes to ensure a respectful work environment.

Better is valued at USD 6.9 billion. As per Bloomberg the company had plans to go public but major bad publicity garnered by Garg's actions last year resulted in postponement of the plans.