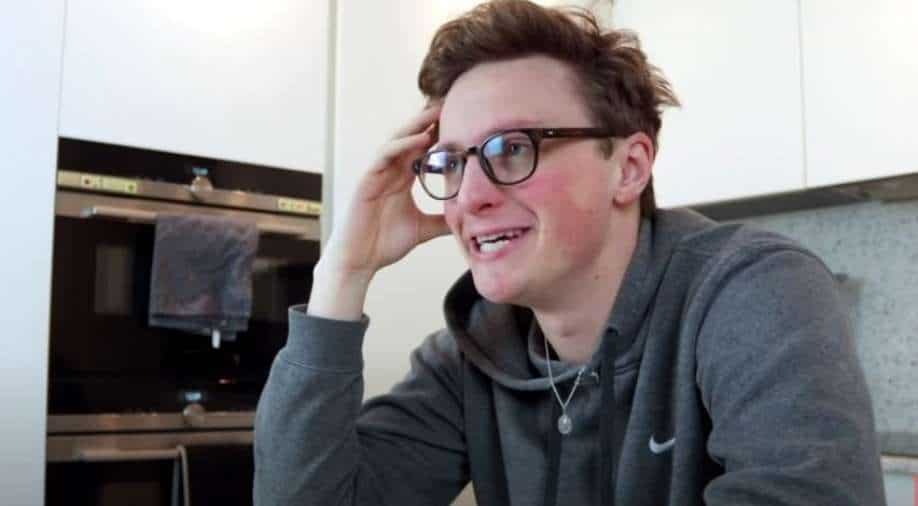 Max Fosh registered the company online as: "unlimited money limited" and in the box which asked what would the company be doing, he posted -  making money.

A British man claimed on YouTube that he had become the "world’s richest man for seven minutes" after opening a company named "unlimited money limited".

Max Fosh registered the company online as: unlimited money limited and in the box which asked what would the company be doing, he posted - making money, however, an error popped up which asked him to choose the company's business activity.

Fosh casually ticked the box which said: manufacture of "macaroni, noodles, couscous and similar farinaceous products". However, he admitted that he does not understand what "farinaceous" means but says "that's what the company does".

His bid to become a billionaire went viral on the net as users had a lot of fun.

Hey, @max_fosh, why does this say that Unlimited Money Limited is still activehttps://t.co/cjRRENe3PF

So I saw Max Fosh's latest video where he became the "richest person in the world for 7 minutes" by setting up a company, issuing 10 billion shares, and convincing a stranger to buy 1 share for £50, and whilst silly it does raise a serious point about net worth

He then finds out that 10 billion shares "works" and goes ahead to "submit" his online application which the website says will take two working days to process.

He gets a "certificate" and declares that "unlimited money limited" is "officially" a company.

“If I created and registered a company with 10 billion shares with about unlimited money limited and sold one share for 50 pounds as an investment opportunity, that would legally value my company at 500 billion pounds, technically,” he says while declaring, “That would make me the richest man in the world absolutely decimating my nearest rival Elon Musk."

I snuck into the international security convention under the name Rob Banks.

Vid out on the channel! pic.twitter.com/AvrbybF5GJ

Although he does confess that it could be declared "fraudulent". "That's not good," he says. He then wears a suit and sets up shop in London's financial district and after some persuasion even finds an "investor" who signs a 50 pound deal completing the "stock transfer". He then sends the documents to the valuation adviser.

Two weeks later he gets his response - and the market cap is assessed at "500 billion pounds" making him the "richest man in the world" however since the company does not have any revenue and does not manufacture anything, the letter said: "due to lack of revenue activity, there is highly likely that you are now being accused of fraudulent activity."

The letter recommends "unlimited money limited" should be "dissolved". Fosh promptly goes ahead to close the company not before asking the lone "shareholder" that he is ready to reimburse the 50 pounds. However, he adds that he will frame the "certificate".

The video has gone viral garnering over 719,850 views so far. The headline proudly declares: "I became the world’s richest man for 7 minutes."