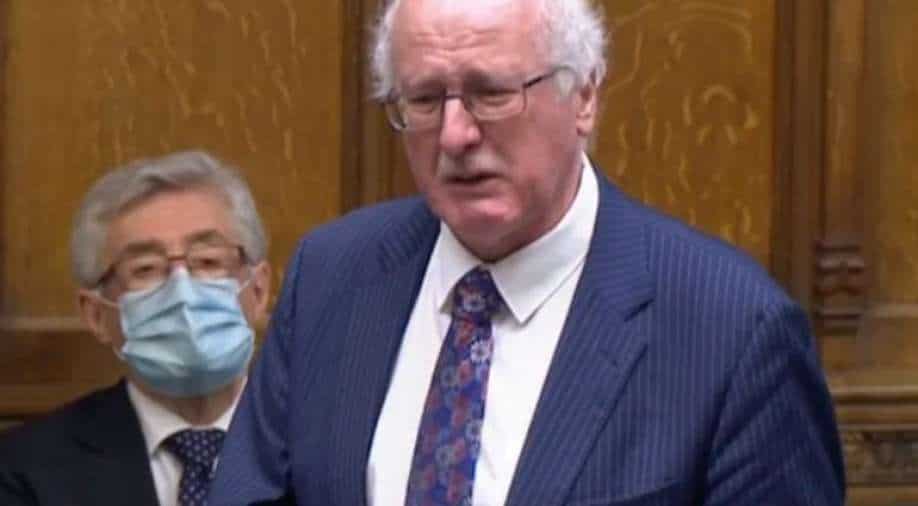 UK MP Jim Shannon breaks down in tears Photograph:( Others )

Reports claim the UK prime minister's private secretary had invited over a hundred people to a "bring your own booze" party at 10 Downing Street.

UK MP Jim Shannon broke down during a debate over alleged Downing Street party as he spoke about the death of his mother-in-law who died alone due to COVID-19.

"In Northern Ireland, we reached a milestone of 3000 deaths due to COVID just last week - 3,000 people who followed the rules... including my mother-in-law who died alone," the MP said in UK Parliament.

The development comes amid allegations UK PM Boris Johnson conducted a party with several guests during the lockdown.

Shannon was helped by other MPs as he asked whether the investigation would be made public. PM Boris Johnson wasn't present in Parliament while Shannon was speaking as his cabinet officer minister Michael Ellis took questions.

Reports claim the UK prime minister's private secretary had invited people to a "bring your own booze" party at 10 Downing Street.

Johnson has been under fire after a video emerged of his staff in a party during the Christmas lockdown in 2020 as Labour leader Keir Starmer accused Johnson of lacking moral authority to lead the country.

Amid the scandal, polls show Johnson's Conservative Party has been slipping behind Labour amid calls for the UK prime minister's resignation.

Also Read: Boris Johnson is revealing who he really is

Labour's Afzal Khan described how his mother died alone in the hospital while he sat in a car outside. Reports say an investigation is underway on at least five parties which were allegedly held in various government departments during the lockdown.

PM Johnson had earlier told parliament all virus guidance were followed and no rules were broken.