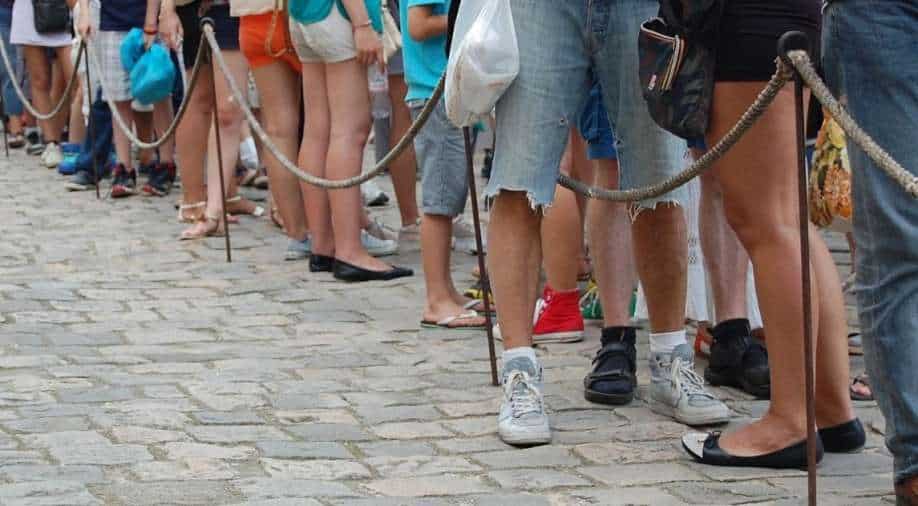 Freddie Beckitt said that his job includes queueing for tickets to popular events, which he apparently likes

As per a report by UK-based tabloid The Sun, Beckitt charges £20 an hour to stand in line for other people. Also, he said that the standing-in-queue job comes naturally to him because he is a Londoner and has queueing "down to a fine art".

The media report mentioned that the 31-year-old man can earn up to £160 on a good day but he also said that he must have enough patience.

ALSO READ | In a first, Indian couple to host wedding reception in Metaverse

Beckitt, who reportedly hails from Fulham, said that ask of the job is to stand in lines for movies, events, etc. He also said that his job includes queueing for tickets to popular events, which he apparently likes.

Of course, he needs to have that kind of patience if he is willing to earn money by standing in barely moving queues for hours and hours straight.

"I worked eight hours for a job queuing for the V&A's Christian Dior exhibition for some very well-to-do people around their mid-sixties," Freddie said while speaking to The Sun.

"The actual queuing was just three hours but they asked me to collect their tickets too and wait for them to arrive, so I just had hours perusing the V&A museum being paid £20 an hour, it was great!" he added.