Photos lost in Kentucky tornado found in town 225 kms away 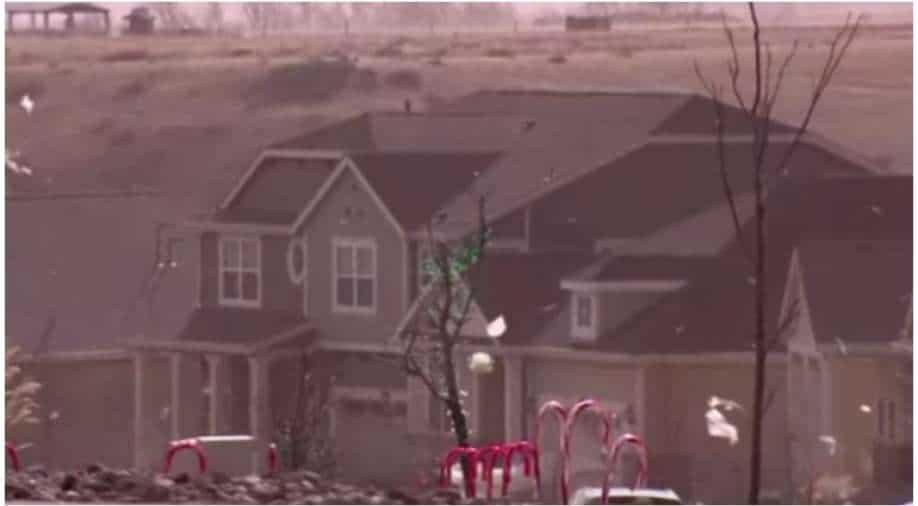 Tornado that hit Kentucky was the deadliest in the state's history

A natural calamity brings destruction to any community. People are always helpless when the elements decide to turn from their nurturing selves to destructing ones. It's recovery from troubles that defines human spirit and small things give a boost to the communities which are holding hands to stand up again after a calamity.

The state of Kentucky is US is gathering itself after it was hit by a tornado. The storm was deadliest in Kentucky's history. As people recover from damage to their property and things, some unbelievable stories are coming to light.

Michaela Copeland, a woman who had kept her wedding photos in her parents' house was devastated when they were lost as the tornado hit. Her parents stayed in Mayfield, a town one of the hardest hit. She got the photos eventually but not before a surprise.

Strong winds of the tornado had flown some of her photographs to Breckinridge County, a town 225 km (140 miles) away!

In the aftermath of the tornado, people in the region formed Facebook groups to better co-ordinate the rescue and salvage effort. These groups also shared information about lost items.

Three of Michaela Copeland's photos were uploaded on one such groups 'Quad State Tornado Found Items'. People started tagging her, much to her surprise over the fact the pics were carried by the winds for nore than 200 kms away.

"When I found out and was tagged in each photo that was found, I got chills down my spine and thought it was so bizarre. Finding one is one thing but three is crazy," she said. She was quoted by BBC.

In storm-ravaged Mayfield, Biden received a briefing from Kentucky Governor Andy Beshear and emergency response officials about the recovery effort. Biden said it was remarkable how the area's communities had come together to help each other out.

"There's no red tornadoes, there's no blue tornadoes," he said, referring to the colors associated with Democrats and Republicans.

The president's goal was to survey storm damage and make sure the U.S. government is doing everything it can to deliver assistance as quickly as possible to the hard-hit areas, White House deputy press secretary Karine Jean-Pierre told reporters on the flight from Washington.

The Federal Emergency Management Agency (FEMA) has sent search-and-rescue and emergency response teams to Kentucky, along with teams to help survivors register for assistance.