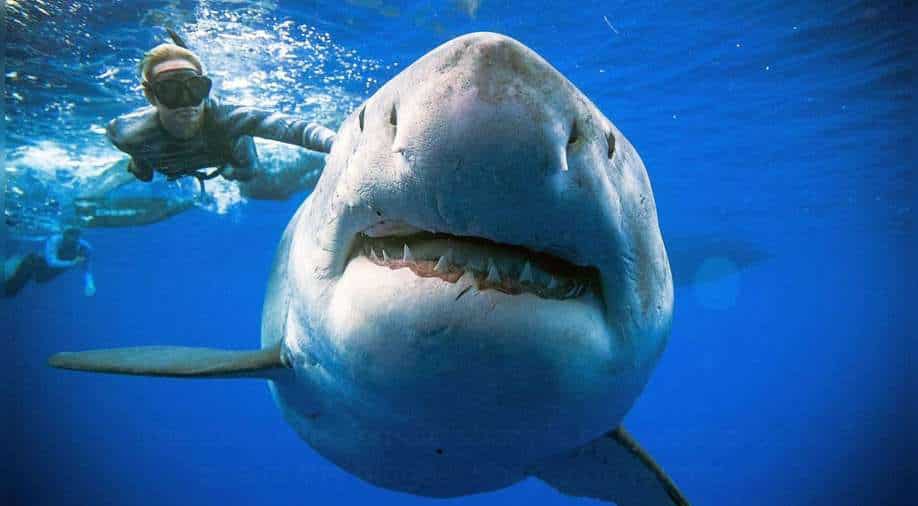 This is a representative image. Photograph:( AFP )

People here have a unique perspective about hunting sharks. They form main part of their food. But this does not mean they resort to overfishing of the species. Their traditional wisdom has taught them better

Sharks are like tigers in the deep. The apex predator is a perfect killing machine with an aerodynamic body to swim fast, colours that blend in with surroundings, razor sharp teeth and amazing sense of smell that is literally capable of detecting few milliliters of blood from miles away.

But some people in Papua New Guinea catch them by hand!

And they sing to them before catching them.

Singing to sharks, or 'shark calling' is an ancient tradition among fisherfolk villages of Messi, Kono and Kontu in Papua New Guinea which is an island nation north of Australia.

The singing involves taking names of their ancestors and showing their respect to the shark before catching it. Then they shake coconut rattle in water to lure sharks from deep and then catch them by hand.

People here believe that sharks carry souls of ancestors. And by showing them respect, a fisherman can catch a shark without himself coming to harm.

The tradition of 'shark calling' is not just a practice but a philosophy for these people. According to elders in these villagers communication between man and sharks is a reflection of how the man has lived his life.

They believe that only the person who does not drink, womanise or steal from others can become a successful shark caller.