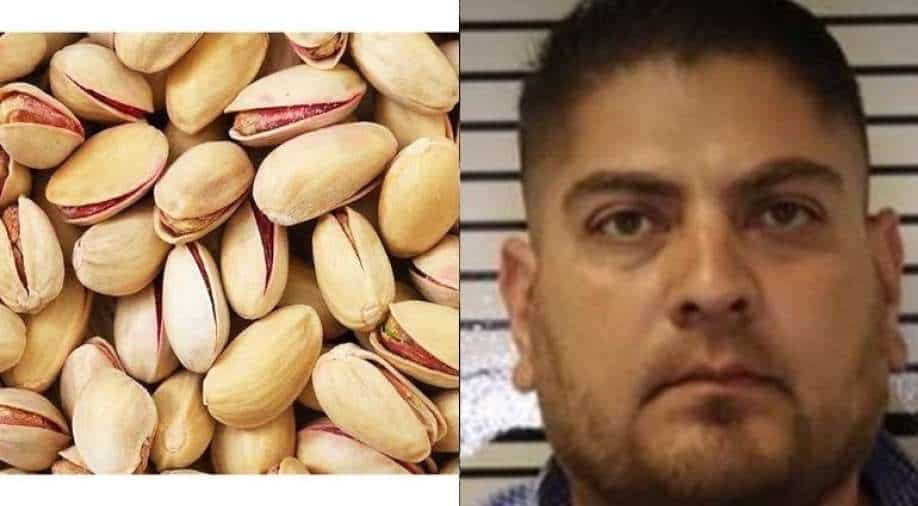 42,000 pounds of pistachios:  Alberto Montemayor, 34, the alleged nut thief, was preparing to resale his stolen goods, according to police.

The case of over 19,000 kg (4,200 pounds) of pistachios that went missing earlier this month has been solved by police in California.

The Tulare County Sheriff's Office announced on Saturday that the stolen pistachios had been traced to a tractor-trailer parked in a nearby parking lot.

Alberto Montemayor, 34, the alleged nut thief, was preparing to resale his stolen goods, according to police.

Earlier this month, a routine audit by a Central California pistachio farm showed that a massive 4,200 pounds of the nuts had gone missing.

As a result, the Fresno-based Touchstone Pistachio Company called authorities. Alberto Montemayor, 34, of Montemayor Trucking in Delano, was arrested on Friday as a result of the investigation.

Pistachios were allegedly being repackaged into smaller bags for resale. The pistachios that were still in the tractor-trailer were returned to Touchstone, according to authorities.