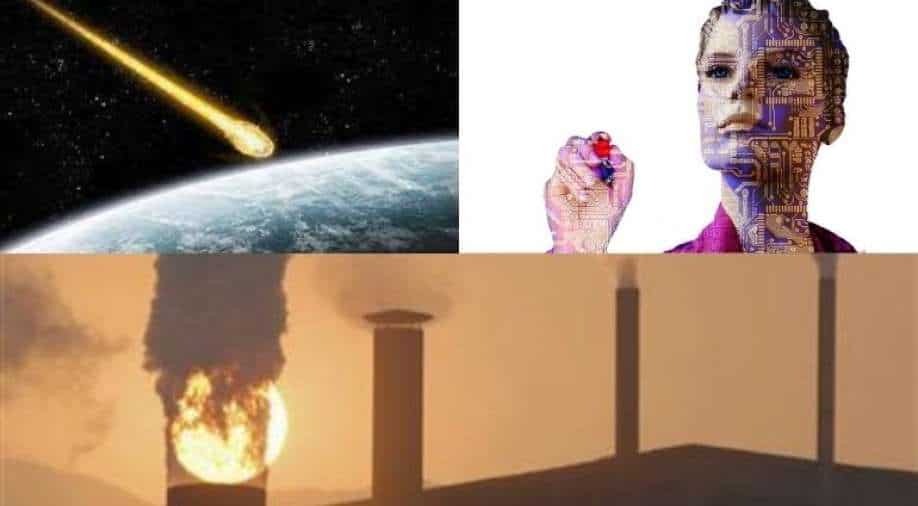 There have been eerie correlations between Nostradamus' predictions and major historical events. Photograph:( Twitter )

In 1555, the famous and extensively mentioned book "Les Prophéties" was written by the French plague doctor, astrologer, and seer. The book is packed of lyrical prophecies, including wars, natural disasters, assassinations, nuclear assaults, and revolutions.

As the year 2021 draws to a close, another year has passed. And with that, we all know what's in store: a chance to reflect on what we've done, what we've accomplished, and what's ahead.

With the current state of the world, however, uncertainty is unavoidably a component of our mental state.

A global pandemic has brought the world to a standstill in the twenty-first century, and the virus does not appear to be slowing down as new strains arise.

This has left us wondering what the year 2022, which is about to begin, has in store for us.

Astrologers, numerologists, and tarot readers begin to make forecasts, although the most famous among them did so about 500 years ago.

Of course, we're talking about Nostradamus.

In 1555, the famous and extensively mentioned book "Les Prophéties" was written by the French plague doctor, astrologer, and seer.

The book is packed of lyrical prophecies, including wars, natural disasters, assassinations, nuclear assaults, and revolutions.

So lets have a look at What are Nostradamus' prophecies for 2022:

The death/disappearance of a political figure

"The sudden death of the first character, he will be changed and they will put another in his kingdom."

For some, this means that a significant member of the world political community has vanished physically. Some believe it refers to North Korean leader Kim Jong-Un, others to Queen Elizabeth of the United Kingdom, and still others to US Vice President Joe Biden.

"Like the sun, the head will seal the shining sea. The live fish of the Black Sea will almost boil."

Nostradamus foresaw a solar storm of unparalleled magnitude, the melting of the poles, and a rise in sea level in this way. He also forecasted earthquakes, floods, and severe droughts.

Inflation and famine are two of the world's most serious problems

"So high the price of wheat/That man is stirred/His fellow man to eat in his despair."

He tells us that because inflation in the United States is at its greatest level in four decades, it will cause great unrest and possibly lead to individuals turning on each other for profit. Even if it suggests cannibalism, we hope it's more of a metaphor.

"The Moon in the full of night over the high mountain /The new sage with a lone brain sees it /By his disciples invited to be immortal/Eyes to the south. Hands in bosoms, bodies in the fire."

Concerns about artificial intelligence are growing as technology advances. As more AIs develop "consciousness," prophecies warn that one of them will become self-aware and take control of our systems. We must be wary in a world when everything is connected to the internet.

"Sacred temples of the Roman time, will reject the foundations of their foundation."

Those who have devoted their lives to deciphering the writings of the French prophet are certain that he refers to the European Union and foresees its demise, which could have begun with Brexit and would culminate this year with the collapse of this political community.

In 1555, Nostradamus also appears to have predicted that the Earth will be struck by an asteroid, resulting in mass death.

The astronomer's prophecies are vague as to when this claimed 'celestial stone' strike will occur, but he did write that a 'great fire' would fall from the sky.