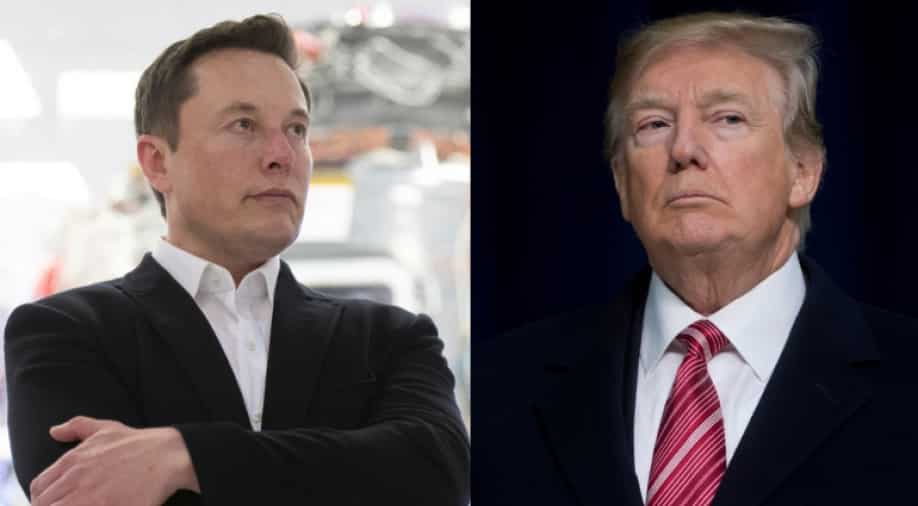 In this combination of images, Tesla CEO Elon Musk can be seen with former US President Donald Trump Photograph:( Agencies )

Musk had earlier announced he was buying Twitter for a massive $44 billion surprising analysts and Wall Street experts.

However, this week the SpaceX boss declared that the deal is "temporarily on hold pending details" as he added that "supporting calculation that spam/fake accounts do indeed represent less than 5 per cent of users".

Trump echoed Musk's thoughts as he pointed out that "There is no way Elon Musk is going to buy Twitter at such a ridiculous price, especially since realising it is a company largely based on bots or spam accounts."

"Fake anyone?” the ex-US president said on his microblogging site. "By the time you get rid of them, if that can even be done, what do you have? Not much?"

"If it weren't for the ridiculous billion dollar breakup fee, Elon would have already been long gone," the former US president said.

Trump was banned from Twitter after January 6 Capitol riots last year. Trump said his microblogging site "Truth Social is much better than Twitter" while adding that it is "exploding" with "incredible engagement".